Not a whole lot has changed since I wrote Confessions of a Sugar Addict in 2014. And that’s why, for those of you who know me, I’m about to tell you something that will have you calling me a liar. Simply put, you won’t believe me.  Drum roll please…I have not eaten sweets in 119 days (and counting). 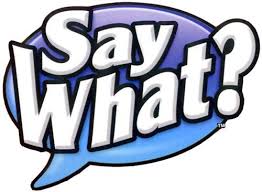 I’ll wait while you recuperate from fainting after reading that. I’m sure the shock must be overwhelming. I’m going to get an apple while I wait…be back in a few. Okay, I’m back. Hope you’re feeling better now.

Yes friends, I’m almost sugar free. ALMOST being the operative word. I’m not a perfect human. I have my vices and the white stuff happens to be one of them. Precisely because I’m flawed means I will again one day eat chocolate. It’s a given. Like bell bottoms making a comeback.

Anyway, leading up to Christmas last year, I baked the usual treats for my Christmas party guests. Let’s just say I “sampled” a few more than actually necessary. For instance, I’ve been making pumpkin breads for years. I believe I know what they taste like. But did that stop me from making sure they were still delicious?

I also taste tested (to excess) English toffee, cinnamon pecans, and peanut butter filled Ritz Crackers dipped in milk chocolate I made for Marin Humane staff and Snickerdoodles, chocolate peppermint cookies and cranberry bread I baked for our feral cat volunteers. By December 28 I was thoroughly disgusted with myself, vowing that no more sweet treats would pass through my thin lips.

A few days into my feat of willpower, the flu found me. For 3 days, the thought of eating even a chocolate chip was repulsive. A week later and 5 lbs. lighter, I’d detoxed from the addictive white stuff that affects the same areas of the brain as cocaine. Hallelujah to no longer being prisoner to daily cravings! Or so I thought… 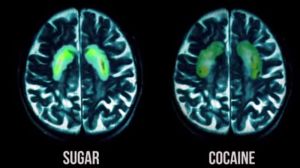 Now don’t get me wrong. I’m not saying I’m giving up sugar entirely. Besides, it’s hidden in just about everything. But here’s the thing; now I crave other stuff, like more fruit, which is fine. But mostly it’s salty, crunchy things I want. What’s with that? I’ve simply replaced one vice with another.

I’ve never been a big chip person but I now find myself eyeing Doritos like they’re a long lost lover. In fact, I bought a huge bag at Costco but after eating 3 servings in one sitting, I promptly dumped the remainder of the bag into the garbage bin, thwarting an attempt to retrieve them if another craving hit. Reminds me of the Seinfeld episode where George sneaks a chocolate eclair from his girlfriend’s mother’s trash. Had those chips still been in the bag, I may have done the same.

Then yesterday I bought a small bag of baked Cheetos thinking they’d at least be healthier. But honestly, the baked ones just don’t cut it. If you’re gonna cheat, go full fat, folks. So now I’m rethinking my sugar strike and asking myself what harm would a little bite do anyway? (Forgetting that I feel much better off the stuff.)

Well, I guess I’ll find out when I visit Savannah and Charleston in a couple weeks. You know how irresistible southern sweets are, right? So it’s doubtful I’ll be able to stroll by Savannah’s Candy Kitchen without stopping. I’m just sayin’. Whether I buy a gopher remains to be seen. I’m not already admitting defeat but being the imperfect human I am, I make no promises. 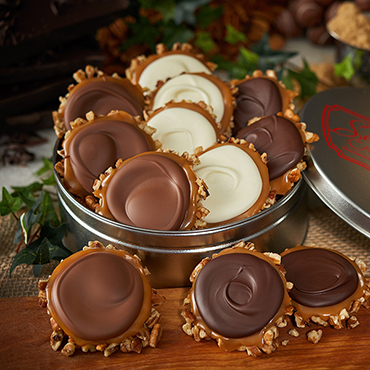 They’re called gophers because you always “gopher” another

2 thoughts on “Confessions of a Sugar Addict, Chapter 2”