Okay, so here’s the thing.

I don’t consider myself to be an idiot (AKA a nincompoop, ignoramus, halfwit) even though at times I do idiotic things. I could easily fill this blog with some questionable choices I’ve made and maybe I will when I’m drawing a blank one day, hours before my Sunday posting is due. But as you know, my brain goes on strike with anything involving technology. Even at the mention of, say, a router, and my eyes lose focus. Happens every time. 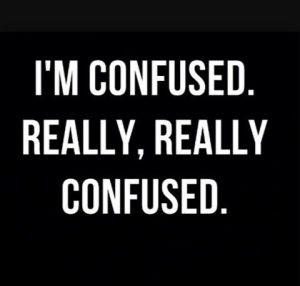 So you may understand when I tell you I was recently the recipient of an attempted scam, while innocently checking my computer emails. Yes, I, who always wonder how people can fall for emails saying they have 10 million dollars waiting for them in a bank in Nigeria, got hoodwinked.

I hear the elderly fall for this type of scam, called phishing, fairly often. So I guess I’m old. But to my credit, my brain came out of its fog and screamed at me, What the hell are you doing, Janet?! Have you lost your mind? And I’m sure this is exactly what my friend Hilary will say after reading this. She’s a tech nerd, after all.

So that particular day, I’m scrolling through dozens of emails when my computer suddenly locks up. No button I pushed unlocked it. No amount of banging on my keyboard made a difference. The message filling my monitor appeared to be Apple telling me I had a virus. (I thought Macs can’t get viruses!?) All the Apple information looked legit. But what do I know? I tried turning off my computer but the message remained.

In the body of the message, Apple listed a phone number to call for help. So I called for help.

The man who answered asked me to tell him what I saw on the screen. When I told him, he informed me that in fact, someone was trying to hijack my computer. He directed me to go to ‘Preferences’, then somewhere else, which I did. You guessed it; I had just unknowingly given him access to my computer. He was the hijacker.

One of the places he had me go to was a list of items labeled Foreign Entities, which he said showed the bad guys attempts at compromising my information. It looked legit to me, but again, what do I know? He said I’d have to buy a protection plan to keep my computer safe, then listed the various prices. Now THAT sure didn’t sound right. That’s when I heard more scammers in the background talking to other suckers like me. Finally, my bullshit detector came alive.

The crook then requested I call the second number on my monitor to speak to his supervisor who would explain the various protection plans. I said sure, then immediately dialed Apple’s actual number. In the meantime, the computer thief typed messages to my computer asking if I’d called his supervisor yet. I typed back, “No, I’m actually talking to the real Apple Help Desk and by the way I gave them your phone numbers.”

That’s when all sorts of words and images flashed on and off my screen in quick succession, I assumed trying to steal information. Mr. Apple guy then instructed me to turn off my computer. Thankfully, none of my information appears to have been compromised. He promptly unfroze my screen and all was right with the world again.

I expected Mr. Apple guy to call me an idiot, which I deserved. But he refrained. He had amazing restraint, don’t you think? And here I never thought I’d be duped. Shows you what I know.