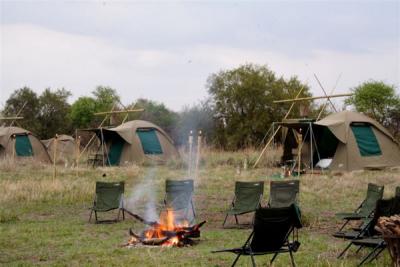 In 1998 I went to East Africa with my friend Mandy for a camping safari. Mandy was a 3-hour-a-day commuter, understandably seeping with zero tolerance for sitting in anything mobile. Not a good time to be flying 21 hours to spend many more being driven through Tanzania and Kenya. Even though I don’t speak Swahili, I’m fluent in sarcasm, so I wrote our itinerary to prepare Mandy for what was coming. Here it is, in part…

* Arrive in Amsterdam on September 29, missing my Godson’s seventh birthday. What kind of Godmother am I? Don’t answer that.

* Stay in Amsterdam Tuesday and Wednesday, becoming culturally and artistically enlightened by all the diverse and historic stuff we see.

* Leave on Thursday, much smarter than when we arrived and proud of ourselves that we resisted numerous requests to have our own window seats in the Red Light District. Amsterdam mourns the loss of two hot babes.

* On Friday,  we take the bus to Arusha. Get ready for a bumpy 5-hour ride. Once there, I remove the earplugs that effectively drowned out your bitchin’ and I head for the nearest bar. You follow me, once they scrape you off the roof, but I’m already thoroughly inebriated and engaged to Kuki, the local pig farmer.

* We head out on Saturday October 3, well rested and ready to live among the wild. Consider our Land-Cruiser a mobile home because we’ll be in it about 132 hours over the next 10 days. (I don’t want to hear about it.)

You sit next to Howard from Toledo who doesn’t believe in bathing, has a penchant for garlic and talks incessantly. I sit near bright and funny, well-groomed Kyle, who is a dead ringer for Mel Gibson. Them’s the breaks, honey.

* Arrive back in Arusha on October 13, where I buy additional earplugs. (You used all mine ignoring Howard.) We stay the night in Arusha, separate rooms please. (Seems the pig farmer missed me.)

* On Wednesday we take the bus to Nairobi. By this time you’re in a straight jacket in the back. We stop along the way so the locals can see what is meant by the terms loony bin and off the deep end. I sit (unsympathetically) in front with the bus driver and share his warthog sandwich. And yes, it tastes like chicken.

* We arrive in Nairobi late, as we had to stop at the local Maasai Blockbuster. You see, during the long bus ride you kept yelling, “Get me out of Africa!”

* Once in Nairobi we take a tour of Giraffe Manor and author Karen Blixen’s home. Now don’t get me wrong; it’s not what we expected. Turns out you lose your left hand when you’re savagely bitten by a giraffe. Sadly, he mistook your fingers for those tasty little cocktail weenies.

In my attempt to ease your emotional and physical pain, I remind you that you’re right-handed. Your dream of being an illustrator is still within reach (so to speak). I describe Blixen’s home to you because you were at the hospital during that tour. It was magnificent, by the way.

* Back at our hotel, I go to dinner alone because we’re told you need two hands to hold a cheetah burger. At this point, African traditions have seeped into my bones and I’ve become one with the land. I can’t, however, say the same for you. My guess would be no.

* On October 15 we shop till we drop in Nairobi then head for the airport. Customs finds the items you tried to smuggle in the lining of your bra. (They’re very thorough inspectors, aren’t they?)

I bribe them into releasing you by singing “I Got You Babe.” Who knew they were such big Sonny and Cher fans?

*We arrive back in Amsterdam for a 5-hour layover (I know, I know) then head back to the States. I sit 37 rows away from you because I’ve run out of ear plugs again. Still, I hear you griping back in coach – even from my first-class seat.

*On October 16 we land in San Francisco after having left Africa 26 hours earlier. I’m looking chipper as a wildebeest since I slept the entire 10 hour flight from Amsterdam. (Gotta love first class.) You, on the other hand, look like hell.

Early the next morning there’s a knock at my front door. It’s Kuki, with two pigs in tow. Looks like I decided to take your advice and accept whatever Africa gives us. So next time you come over, don’t wear cotton. I hear pig hair sticks to it like glue.

Doesn’t get much better than this

6 thoughts on “Off to Africa”