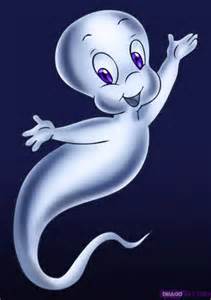 Some things are just plain scary. Like ghosts. They might be friendly Caspers but I don’t see how that’s reassuring when you have one in your bedroom watching you sleep. Now don’t get me wrong; I’m not saying I have a ghost watching my fitful slumber. But there could be. How would I know? I’m asleep.

Personally, I’m fascinated by things many find ridiculous. Things like ghosts, UFOs, Ouija boards and Sarah Palin. Actually, I take that back. I don’t find Ms. Palin fascinating, just ridiculous. And a little bit scary. But I digress…

END_OF_DOCUMENT_TOKEN_TO_BE_REPLACED

Five years ago, under a rural grocery store, I trapped a kitten I named Tippi. That day, I helped her escape living a feral life. At midnight on New Year’s Day, I brought Tippi to pet emergency where I was with her when, 13 hours later, she left this life.

This outcome is hard for me to comprehend because Tippi didn’t appear to be ill and just weeks ago had her yearly well-check. She was prone to upper respiratory infections but that was nothing new, having come from a sickly colony. So her passing was unexpected.

Not even a week ago Tippi attempted, for the 100th time, to climb the tree in the family room. As usual, I yelled at her to get down and as usual, she obliged. That same day, she sunned herself on the bench in my backyard. A couple days later she was a different cat; not eating, throwing up, barely able to walk, hiding…

Wishing she had something to knock off the counter

Our trip to the vet revealed Tippi in kidney failure. They ran every test imaginable but were dumbfounded as to the cause. The ultra sound was fine but her creatinine levels were off the charts. You might be asking yourself how Tippi’s death fits into a humor blog. You’re right, it doesn’t. So to remedy that, let me tell you how Tippi lived. END_OF_DOCUMENT_TOKEN_TO_BE_REPLACED

What can I say? It was a busy week. No time to write…so here’s a post from 4 years ago. Trust me, if I don’t remember it, you won’t either. Enjoy!

Brace yourself, for I have some bad news. Ready?…. I’m going to die.

There, I said it. Like removing a band-aid, I think it’s best to do it quickly. Just get it over with. That’s not to imply I’m intending to kill myself. No, I’m too selfish for that. Besides, I still have a Southwest Rewards flight I’ve yet to use. END_OF_DOCUMENT_TOKEN_TO_BE_REPLACED