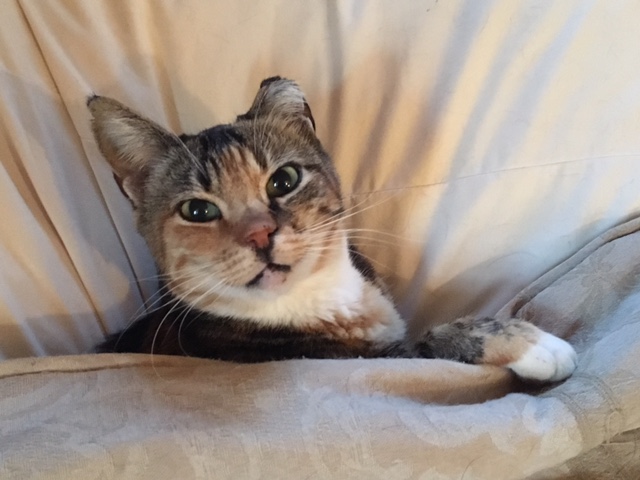 Five years ago, under a rural grocery store, I trapped a kitten I named Tippi. That day, I helped her escape living a feral life. At midnight on New Year’s Day, I brought Tippi to pet emergency where I was with her when, 13 hours later, she left this life.

This outcome is hard for me to comprehend because Tippi didn’t appear to be ill and just weeks ago had her yearly well-check. She was prone to upper respiratory infections but that was nothing new, having come from a sickly colony. So her passing was unexpected.

Not even a week ago Tippi attempted, for the 100th time, to climb the tree in the family room. As usual, I yelled at her to get down and as usual, she obliged. That same day, she sunned herself on the bench in my backyard. A couple days later she was a different cat; not eating, throwing up, barely able to walk, hiding…

Wishing she had something to knock off the counter

Our trip to the vet revealed Tippi in kidney failure. They ran every test imaginable but were dumbfounded as to the cause. The ultra sound was fine but her creatinine levels were off the charts. You might be asking yourself how Tippi’s death fits into a humor blog. You’re right, it doesn’t. So to remedy that, let me tell you how Tippi lived.

She helped me write my blog

As you know from previous posts, that cat adored me. Oliver kind of likes me, Savannah (also from Tippi’s colony) tolerates me, and Fat Jack loves me when I’m feeding him. But I was Tippi’s person and I soaked up that unabashed love. 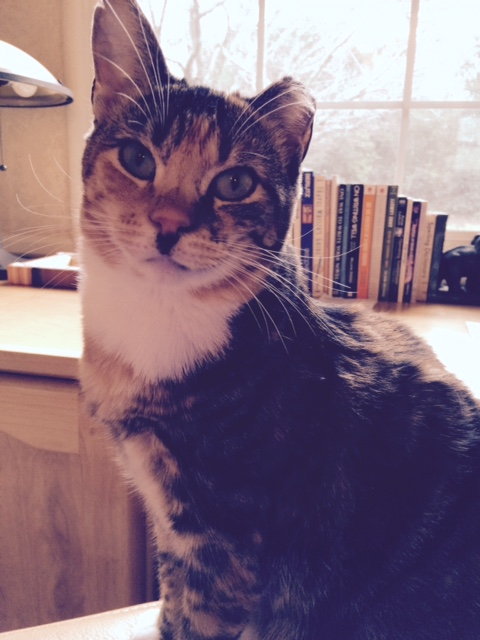 Tippi was the runt of the group, weighing no more than 7 pounds, nearly half Fat Jack’s weight, yet she ruled the roost. Toothless from an inherited gum disease, she none-the-less carried herself with confidence and the others knew it.

Don’t mess with me

Tippi was an expert swatter. Even my 4 dogs weren’t immune when she was in a mood. What a scene to see each of them take a wide berth around this scrawny, feisty little thing who stared them down. But although easily irked, she never held a grudge. As you can see, she also slept around quite a bit. 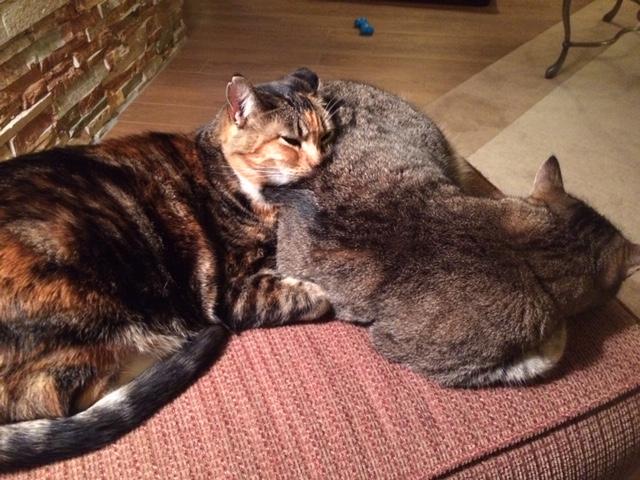 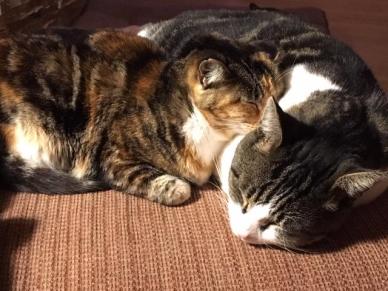 I don’t own a cabinet Tippi didn’t climb into. I’d discover this only when I’d hear pots rattling or glasses clinking. More than once I found her contentedly curled up in a casserole dish. She also loved shredding crepe paper upon sneaking into the hall closet.

Tippi was a feral-turned-excessively-loving domestic who shadowed my every move, even watching me shower.

Because she was always cold, Tippi had a penchant for staking her spot in front of the fireplace. She was an expert cheek to cheek hugger, rubbing her face back and forth across mine every chance she got. 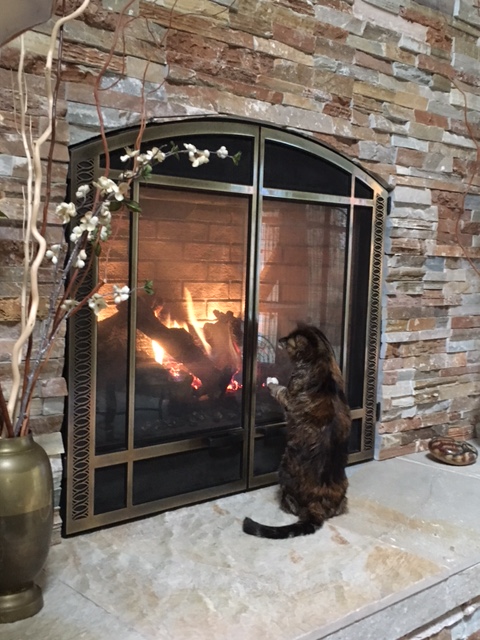 But all that seemed so long ago. At pet emergency, Tippi’s body continued to shut down. Told there was no chance of recovery, I knew I needed to let her go. Alone with her in a dimly lit room with a convenient box of Kleenex nearby, I told her she was my favorite. I know we aren’t supposed to have favorites but… 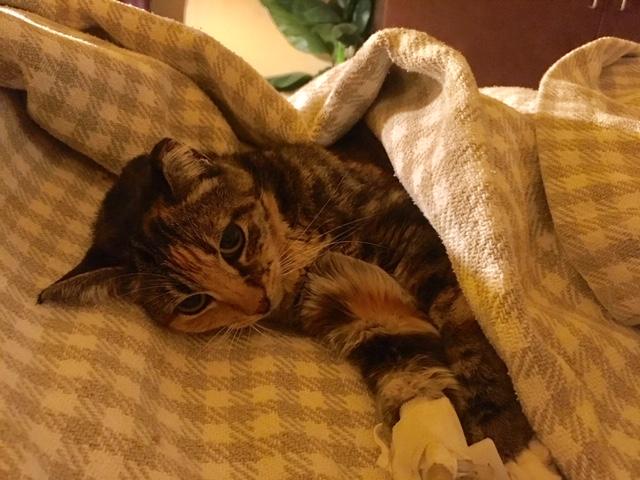 Until the doctor arrived to euthanize her, I talked to Tippi, telling her how much I’d miss her body draped across my neck when I slept, soothed by the rise and fall of her chest. I reached out to pet her head and she instinctively put her arm out as if to swat me. So instead, I laid my hand beside her and whispered, “I love you, Tippi Toes.” But I wasn’t sure if she still recognized me.

Then, she slowly lowered her arm and placed her paw on top of my hand. She kept it there while I finished saying goodbye.

26 thoughts on “Gone too Soon”