There, I said it. And to be honest, I doubt I’m alone in my repugnance. Because really, who hasn’t been screwed by their insurance provider? And I use the word provider rather loosely. I think the more appropriate term should be Rip-Off-Artists, hence to be known herein as ROAs. 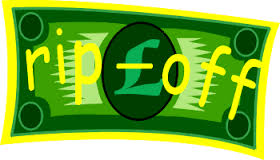 Firstly, I’m not thrilled paying over $500 a month to my Health Care ROA, with a crazy high deductible and indecipherable fees anytime I see a doctor. Sure, I’m allowed one free mammogram a year but it’s not actually free, is it?

I’m charged for using the hospital, for use of the lab where the tests are done, imaging service fees, outpatient fees…and on and on it goes. Where it stops…well, actually, it doesn’t stop. That’s the problem. 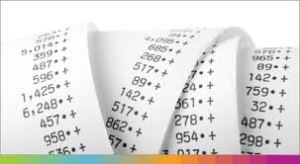 Now don’t get me wrong; I realize we need these ROAs to protect ourselves from major home and health catastrophes. But expecting them to pay out is as likely as asking Toronto Mayor, Rob Ford, to stay out of trouble.

Truth be told, the bills make absolutely no sense to me. How do they come up with those figures? I swear, one needs a college degree to understand them. (But I have one and it’s still Greek to me!) Does that make me an idiot? Don’t answer that.

So I write them a check and hope that’s the end of it.

Today, however, my main gripe is with Homeowner ROAs. They take and take but never give. Have you noticed that?

For instance, years ago a severe storm blew down our fence. So we called our insurance company. Never mind that we’d never filed a claim. Yep, we were the perfect clients – until we filed. After receiving payment to fix the fence, we got a letter informing us we were being dropped. It essentially said, “Thank you for your business. Now get lost.”

That brings me to last week and my sidewalk that’s being uprooted by tree roots.  At some point the sidewalk broke off and popped up, begging to be tripped on. And that’s exactly what happened (in a way). A skateboarder hit it, went airborne and, fortunately, came away with just a scraped elbow. But it could have been SO MUCH worse. 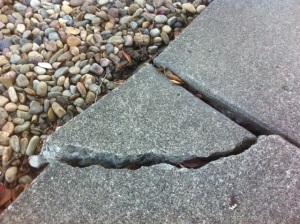 Anyway, I contacted my Homeowners ROA to hear my options. Instead of going into the gory details, suffice it to say my agent didn’t think my policy covered fixing sidewalks. But he wasn’t certain. I tried to get a definitive answer. (Kind of like my Comcast fiasco all over again.) Apparently I stumped him with what I thought was a simple question: What exactly does my policy cover?

Mr. Insurance then told me if I make a claim and the company has to pay more than $250 toward it, there’s a good chance my rates will go up. Plus, I’d have to pay a surcharge on top of the rate increase. And here’s the kicker: Even if I decide against having them pay any part of the claim, my rates would probably increase just from filing!

I ask you, where’s the fairness in that? I know, I know. Nobody said life was fair. But wrong is wrong. I figure I’ve paid my ROA plenty the last 29 years of living in a home where I’ve made 2 legitimate claims that an insurance company should obligingly cover.

After all, haven’t I responsibly contributed toward the CEO’s private Villa in Monaco, custom leer jet and extended vacations to Italy?

The view I helped fund

So I would think the least my so-called provider can do is pay for a small section of my sidewalk, don’t you?

What, exactly, do Insurance ROAs do for us? Why are we paying them when they’re the gift that keeps on taking? And more importantly, is it a prerequisite for ROA executives to have no conscience? Or is that just coincidence?

I suppose I’m simply naive. I actually believed that paying for a service meant: you do this for us and we’ll do that for you.

I guess I am an idiot after all.

2 thoughts on “The Gift That Keeps On Taking”