So recently a friend calls and says, “Janet, I’m losing it.” I had a pretty good idea what she meant because I, too, am a loser. I’m with ya, sista!  Now don’t get me wrong; it’s one of those clubs I’d rather not belong to, but like retirement, we’re all forced into it eventually.

You see, when you reach a certain age, let’s say over 50, you have less of the things you had before. Things like muscles, hormones and height. And yes, precious brain cells. My friend Laura refers to the latter as CRS. 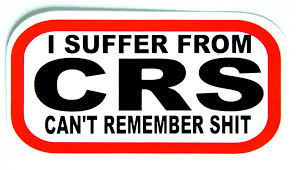 Welcome to my world.

Anyway, my friend proceeds to tell me how, while at lunch with someone, she struggled with the word elevator. Drew a complete blank. Exasperated, she resorted to description: 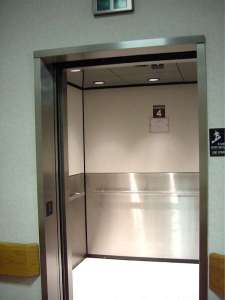 “You know, they’re in tall buildings. You get in and they take you up and down to different floors.” Her friend looked at her in disbelief, “You mean an elevator?” Whereupon my friend had little difficulty recalling some choice words in expressing the absurdity of forgetting something so simple. 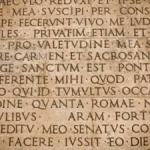 Unfortunately, I can’t make fun of her. I once questioned the spelling of the word said. It just didn’t look right to me in the sentence. I’ve spelled it thousands of times yet at that moment it looked like Latin. Go figure. And how about the time I had my cell phone to my ear and said to the caller, “I can’t find my phone.” Unbelievable. But sadly, true.

Let me warn those not yet 50: This happens to everyone

eventually. The old brain cells ain’t what they used to be. In my case, they’ve always been slackers so I’m used to forgetting words, among other things. My nickname throughout high school was Skippy. And that wasn’t because of my penchant for peanut butter.

If Alzheimer’s wasn’t on both sides of my family, I’d get a good chuckle out of some of my foibles. But it can be scary when simple words escape you or you suddenly wonder while driving down the freeway – Where am I going again? A second of panic hits until you realize, ah yes, the veterinary clinic! (You’d think having cats in my car would have given it away, but no.)

And here’s my latest doozy…last week I decide to drive my BMW. I haven’t driven it much because an old neighborhood cat (Buddy) sleeps on the soft convertible top and I can’t bear to remove him. So it’s been sitting. 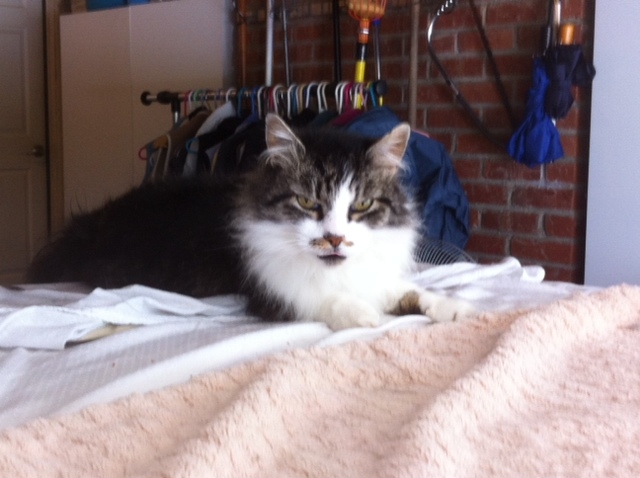 I have 2 sets of keys for this car and grab the first set I see from the drawer. Buddy was off pooping in my vegetable garden so the car was all mine. But the engine wouldn’t start. Figures… So I call AAA and have them charge the battery. Still nothing. Then I have them tow it to my mechanic.

Later that day, my neighbor Paul and I are chatting when I tell him what happened. Now here comes the really embarrassing part. Paul asks which key I used. And that’s when the ever-dimming light bulb clicked on in my gradually shrinking brain. 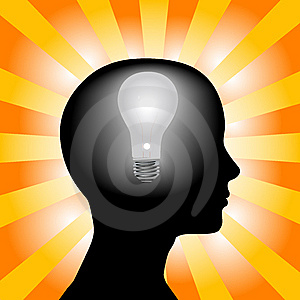 I had COMPLETELY forgotten that a few months prior, the same thing happened. And Paul in his infinite wisdom with cars ascertained this particular key no longer worked. Turns out keys, like people, eventually wear out. (Who knew?) Anyway, he told me to toss it. Naturally, I forgot to.

So I call my mechanic back and tell him not to bother looking at the car because I’m a forgetful idiot.  My friend Hilary lives near there and graciously takes me to get my car. I bring my other key this time and of course the car starts right up.

Do I still have that bad key? Yes I do. BMW said I might be able to reprogram it and save $150. So until then it sits in the same drawer, just asking to be used.

You may wonder how many months will pass before I grab the wrong key and repeat the same ordeal. Well, I can assure you it will never happen again. And here’s why…

Now that I’m a full-fledged member of Club CRS, I’d like to share a little trick with those of you approaching age 50. Ready?

LEAVE YOURSELF REMINDERS EVERYWHERE. Boat loads of them. And definitely buy stock in Post-its.