I sat on the sofa eating a bowl of ice cream coated with chocolate syrup, covered with whipped cream, then topped with two Maraschino cherries. Not one, but two. Although the ice cream was low fat vanilla with no added sugar, the rest of it was deliciously bad for me. 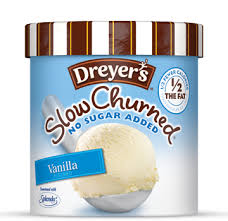 Let me preface that last paragraph by saying I’d already finished dinner and wasn’t hungry. But that obvious fact is lost on me. Doesn’t make a difference if I’m stuffed to my eye balls. If I’m idle in the evening, my hands immediately gravitate toward something edible.

That’s how I came upon the bowl of ice cream a half hour after finishing dinner. While watching the John Lennon documentary, Imagine, I wanted something sweet. So I indulged. Then, about a half hour after the ice cream, right about the time John met Yoko at an art exhibition, I craved (or thought I did) kettle corn.

Granted, it’s a Pop Secret 100-calorie microwave pack. (Tasty – you should try it.) But still, I ate the entire bag. Afterward, I thought to myself, Janet, you don’t need to eat until Thursday (it was Tuesday).

were having their peace sleep-in? That would be a negative. I found, and ate with gusto, a white flesh nectarine. Never mind the recent recall of Costco fruit of that variety which may or may not give me listeria. (No symptoms yet.)

While I stuffed myself, all my pets were with me. This is rare. Savannah was sleeping at my feet, Nellie was on one side of the sofa up against me, Callie on the other side and Skip, as usual, planted on my lap, nursing himself to sleep with his blanket. Oliver reclined on the back of the sofa near my neck. My point is, I was completely ensconced on that piece of furniture.

But then, soon after The Beatles were having creative differences, I remembered the peanut butter. I asked myself, Wouldn’t a spoon full of that taste good right about now?

At this point my stomach could have passed for a woman six months pregnant. But did that stop me from disturbing the slumbering adorableness of my pets to go get peanut butter? That also would be a negative.

Suffice it to say by the time John was murdered and tears were pooling in my eyes, I was probably 3 pounds heavier than I’d been before dinner.

The next day, when I reflected on what I’d eaten without giving thought to whether I was actually hungry, I was repulsed. I decided right then and there to get back to basics before I became able to challenge Joey Chestnut, the 6-time champion Coney Island hot dog eating contestant.

So I set my mind back to conscious, sensible eating. In other words, I stopped being piggy. I think the most important tool in achieving a goal is our mindset, don’t you? So for the next 30 days, I limited carbohydrates: no pasta, potatoes, rice, cereal, bread, sugar or sweets. None of that nasty white stuff that makes my mouth water just thinking about it.

No, my friends, I went back to basics by eating primarily veggies and fruit. Since I’m mostly vegetarian, that part was easy. So I ate boringly healthy for a full month. And in fact, after the first couple days it was actually surprisingly simple. When chocolate leaves your veins, you no longer crave it like a drug. 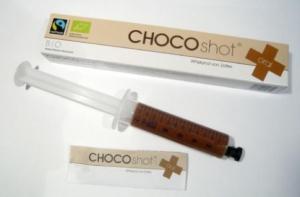 You may wonder if I felt better when all was said and done. Well, I really can’t say that I did (other than feeling better about my self control). My baby bump no longer appeared I was approaching my third trimester. But that’s about it. Nothing worth mentioning (even though I just did). Still, doing that little cleanse made it clear I was eating on auto-pilot and heading toward needing an entirely new wardrobe and possibly a lifetime supply of insulin for diabetes.

Now don’t get me wrong; I’m not saying I’ll never overindulge. But self control is a good thing, wouldn’t you agree? Anyway, on day 31, I had a slice of French bread with a smidgeon of butter. In a word, it was heavenly. And now I’m eating simple carbs again. No way can I or do I want to eliminate all deliciously bad things for me. Everything in moderation, right?

Unless it’s chocolate. Then all bets are off.

One thought on “Everything in Moderation”