Last week while gardening I got bit by a poisonous spider on my left thumb. My hand swelled to the size of Donald Trump’s head. I know, I know. I’m picking on the guy. But when I have such juicy material to work with, I simply can’t resist.

Anyway, when the swelling appeared to cut off my circulation, I drove myself to the emergency room. At this point my hand was as hot as a fire iron and crimson red. I can’t tell you how scary and painful it was. Long story short, I’m now typing this blog with one less thumb.

Okay, okay, I’m lying. Need I remind you I said you won’t believe this? Well, I wasn’t lying about that. Unless you actually fell for my story and felt bad I lost my thumb. In that case, I’m sorry you’re gullible.

Now don’t get me wrong; I’m just trying to make a point. Allow me to explain…Today I’m blogging  about people who lie. So basically it’s about all of us. According to human lie detector, Dr. Paul Ekman, we all do it in one form or another. Apparently we’re just a bunch of liars.

Ekman says while a few lies are heavy duty — the type that end relationships, terminate employment or send people to prison — luckily most of us aren’t that kind of liar. White lies, however, are as routine to us as breathing. These are considered the harmless, trivial ones told with good intentions to spare someone’s feelings. Like telling a friend, “No, you don’t look fat in those.” (Barely-able-to-button skin tight jeans.)

You may think you can easily spot a liar but according to Ekman, most people are horrible lie detectors. I guess we need a doctorate for that. But then some people are also horrible at trying to cover up a lie. Take my friend Sue. She simply can’t lie because it’s telegraphed on her face like a tattoo. You’d have to be blind not to see she’s fibbing.

What’s happening with Sue is called Fleeting Micro-Facial Expressions. They reveal emotions being concealed. And trust me, Sue’s face holds a smorgasbord of those expressions. It’s comical, really. One look at her when she’s attempting to lie and it’s so pitiful you just have to laugh. My ex was another one. Whenever he tried to teasingly pull the wool over my eyes, his nostrils flared. All I had to say was, “Let me see your nose” and he’d be busted.

And what about lie detector machines? Those aren’t reliable, Ekman says, because if a suspect is so worried or nervous about not being believed, even though innocent, the machine can interpret his biochemical response as a sign of deceitfulness. And then there’s psychopaths. They can hide their guilt because, well…they’re psychopaths. Sadly, I believe I know some who’d pass with flying colors. 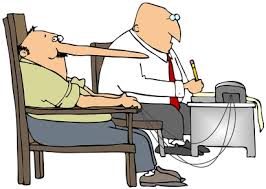 So to wrap this up, we all lie. And seeing the face of the person lying to you is key to discovering whether they’re full of it or telling the truth. Otherwise it may be hard to know.

By the way, I’ve been meaning to tell you how great your new haircut looks. I especially love the left side buzz cut and purple and green bangs. Very flattering. Really.

Would I lie to you? 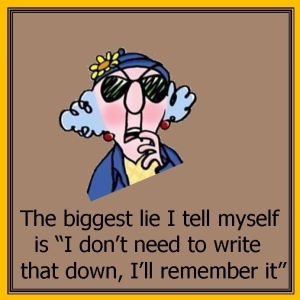 2 thoughts on “You Won’t Believe This”