No time to write this week so here’s an encore posting from 2014. Happy New Year to ya! 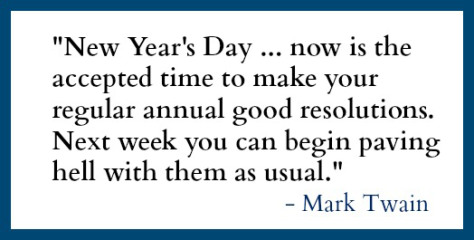 Why? Because they’re like diets; just about impossible to follow through with. Who do you know who has ever stayed true to their resolutions past February? Therefore, you begin the year with a bunch of lies. Right out of the gate you’re a liar. I prefer to begin the new year with truths I know to be self evident. These are mine:

1) I will not go to the gym every other day and work out with 87 other people who promised themselves the very same thing. These resolution-makers flood the gym the first month of the year, making it nearly impossible to find an open machine or unoccupied weights. 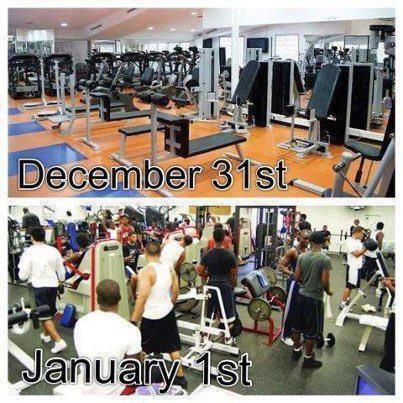 These folks usually last, by my estimation, 43 days before their enthusiasm for getting into shape wanes to the point of total disinterest. That would be February 12th. Until then, I try to guess when the gym will be least busy so I’m not dealing with newbies who don’t know they should wipe down a machine before moving on to the next. Inevitably, I grasp a handful of sweat on the grips of the chest press or unknowingly sit on someone’s damp butt impression on the seat of the cable row. 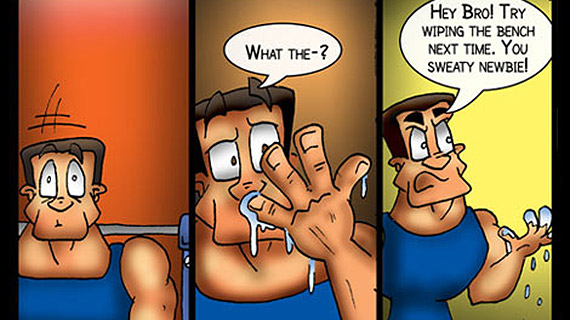 After February 12th, I no longer get frustrated with those who don’t realize they need to sign up to use the treadmill. That’s because they’re no longer there. No more practicing telepathy for me to identify when their 30 minutes are up so I can boot them off – politely, of course. I’m not an ass. Plus, I was a newbie once myself.

If I’m patient, I know it’s only a matter of time before the gym is as empty as the seats at Bill Cosby’s next public appearance. And that’s when I’ll continue on with my quest to locate my shrunken muscles. Therefore, I will not fool myself into thinking I’ll be a frequent flyer at the gym before that magical day. 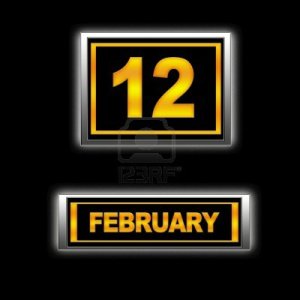 2) I will not be dieting. The second I say the D word, or even think it, I’m famished. And not for healthy stuff like broccoli and quinoa. No, I’m talking uncontrollable urges to eat a heaping bowl of Honey Nut Cheerios or an entire row of See’s Rum Nougat chocolates (yum) even though one piece is usually sufficient for me. Okay, maybe two. But not, however, when the D word is in my brain. 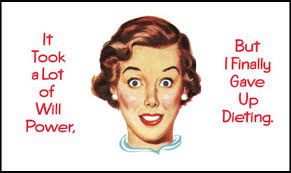 I simply can’t imagine a world where I give up my sinful indulgences like the chocolate honeycomb sold at Sprouts Market in nearby Petaluma or my favorite 4-layer chocolate devils food cake with rum custard frosting. (Are you sensing a theme here?)

3) I will not reach the end of my ‘To Do’ list this year. Because really, who am I fooling? For every item I check off, two more appear. Chores around my house multiply like Ocotmom. I’m beginning to wonder if the word done is actually in my vocabulary. When one owns a home, I don’t believe that word exists. 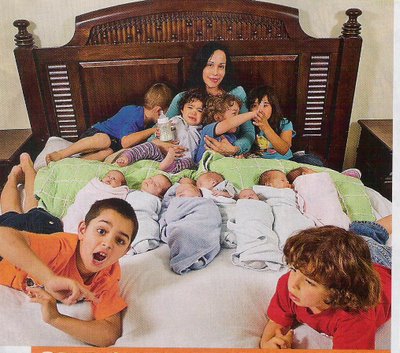 Octomom and her 14 kids

A fascia board or two always needs sanding, carpets could use cleaning (especially with 6 animals) and bushes in the yard often need replacing. I believe a home is sort of like the Golden Gate Bridge: when the painters finally get to the end, they have to turn around and start all over again. 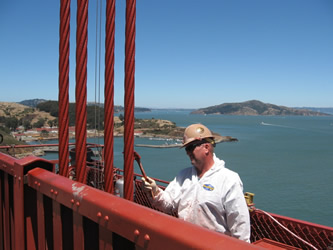 Why bother attempting to complete a ‘To Do’ List when it’s just a tease? A cruel, impossible game one can’t win. Now don’t get me wrong; that doesn’t stop me from making one. Absolutely not. But I will no longer fool myself into thinking there’s a final score in that game. 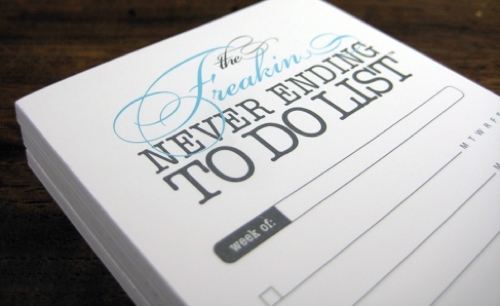 So there you have it – resolutions worth keeping. And best of all, I won’t be starting 2015, or ending it for that matter, as a liar. 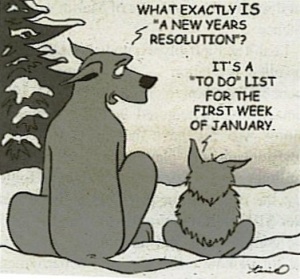