I’ve never been afraid of spiders.

In fact, I don’t use pesticides to eradicate what many consider pesky creatures — the crawly things that visit my home. I have pets so I try to avoid poisons, nor do I want to kill any creepy looking critters. I’m weird like that.

Consequently, my neighbors’ crawly things prefer to come to me where it’s safe but apparently not so sound. That’s because I often find my little friends taking refuge inside my house…in the bathroom Jacuzzi, the corner of the living room, or especially in the garage. In the insect world, word is out where I live. And word travels fast.

I keep Kleenex handy for scooping up delicate insects to place outside. Paper towels are too rough; I might inadvertently squish a critter and have to contend with the guilt. Now don’t get me wrong; I’m not fanatic about spiders. But hey, they can’t help it if they’re disgusting looking. Besides, who am I to judge? I’m no prize either. 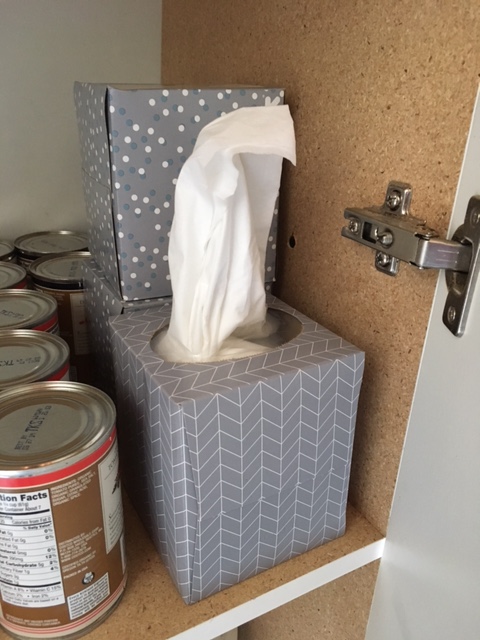 Anyway, for indoor critter recovery I also keep a plastic container handy. Like when a lizard finds its way into the house, or God help me, one of my cats brings in a snake, which has happened twice (that I know of). Sometimes I’ll even scoop up a spider in my hands to gently place on a rosebush near the porch. I imagine it appreciates the gesture so much more than encountering the sole of my shoe.

But then last week, as I talked on the phone with a friend, I had a visit by the largest spider I’ve witnessed in my home in the 33 years I’ve lived here. It practically rendered me speechless, something I’m rarely capable of being. I stopped mid-sentence, basically to freak out.

Quickly hanging up the phone, I took a photo of Mr. Gargantuan, AKA Mr. G. I wanted to remove him ASAP. Or sooner. I admit this photo doesn’t do him justice without a frame of reference to display his size, like putting a half dollar next to it. But I’m not crazy. No way was I getting my hand near that monster. Let’s just say it was take-your-breath-away-big.

Leg to leg, larger than a silver dollar

So I raced to the pantry for my insect-catching Tupperware. My heart pounded as I wondered how I’d capture this spider without it crawling up my arm and biting me on the face. Don’t laugh. It actually happened to a singer, Meghan Linsey. While she slept, a brown recluse spider bit her on the face, gradually creating a hole under her eye. As luck would have it, my spider was also brown. I thought, do brown recluse’s live around here? (They don’t.) But how was I to know? Could have been a cousin to Meghan’s spider, out here visiting. Anyway, as I tried scooping up Mr. G, he literally propelled from the kitchen wall onto the floor in one magnificent leap, just like Spider-Man. Then, before I could nab him, he quickly scurried under the door into the garage.

Trying to fall asleep that night wasn’t easy. I imagined every little itch was that same brown spider. Then, to top it off, guess what I found the next day on the exact same wall? A baby spider! I swear to God. But now I’m thinking Mr. G was actually Mrs. G and this little one was her offspring desperately searching for her. That’s all I need — a hole in my face from an angry baby spider out for revenge because I scared mom away.

So to recap, I am now afraid of spiders.