I was in my early 40s, waiting in a drugstore for a prescription, when I decided to use those 15 minutes and have my wrist scanned to determine my bone density. It was either that or shop for light bulbs. Decisions, decisions… 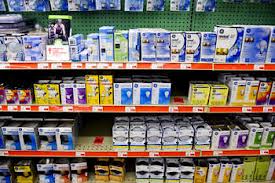 So I get in line with a half-dozen women in their 60s. Confident I’d pass with flying colors, I hoped the technician wouldn’t embarrass me by his excited announcement (within ear shot of the others) that I had the bones of a 25-year-old.

Shortly thereafter, my fantasy faded and reality slapped me to my senses. Not only did I not have young bones but I was pulled aside and advised to speak with my doctor about getting a full hip and spine scan. Apparently, the results showed my bones were under the mistaken impression I was 65.

Imagine my shock. Although osteoporosis runs in my family, I somehow thought I’d escape through diet

and exercise. I thought wrong. Soon enough, I learned I had osteopenia (bones like chalk, but not yet crumbling) and started on meds to help slow the crumble.

Then, a couple of years ago my friend Hilary introduced me to snowboarding. Under the circumstances, you might wonder why I immediately responded, “Sounds like fun!”

Turns out, although my (at the time) 55-year-old body was not so young, my spirit is still 25. Therefore, I harbor the misguided notion that plummeting down an icy mountain won’t mean certain traction.

So here’s the thing. I may have miscalculated my pliability

just a bit. Recalling past injuries, it occurred to me how often I’ve been in casts or sidelined since age 30. I’m no longer like a slinky on a staircase, able to fall with a certain gracefulness and just keep on going. 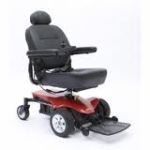 Now don’t get me wrong; it’s not like I’m ready to order a wheelchair from the Scooter Store. But this revelation did make me take stock of my imperviousness, or lack thereof.

Since that magical age, I’ve had bone spurs, broken my thumb and ankle, torn ligaments, chipped bones, pinched a nerve, strained my back and dislocated my kneecap (twice), just to mention a few. Currently, I’m sporting a misaligned kneecap with cracked cartilage. Yes, it turns out I am, after all, breakable.

Still, when Hilary invited me to her home, 5 minutes from Heavenly Valley in Lake Tahoe, I couldn’t resist. Nixon was president the last time I skied, but it’s tough to forget the feeling of being knee-deep in powder on a crisp, clear afternoon with the lake as a backdrop. Plus, Hilary assured me snowboarding was easy. 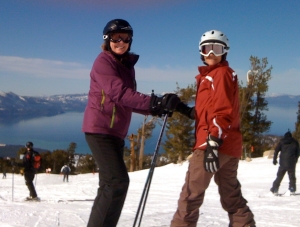 Hilary, I have since discovered, is crazy.

loser in a boxing match, followed by a run-in with a wrecking ball. To make things worse, before I knew better, I attempted this new sport sans any padding other than a helmet. I quickly learned that was, in a word, stupid.

I should have been suspicious when, during my 3-day group lesson, I was the only one who returned on the third day. Chalk it up to determination and the aforementioned stupidity. Or maybe it was the fact that Hilary kept saying I would get the hang of it “any minute now.”

Even though I fell at least 87 times those 3 days, cracked 2 ribs (sidelining me for a month) and bruised my butt into a

kaleidoscope of amazing purple hues, oh how I relished those glorious moments I was actually up on my board and not face-planted in snow. 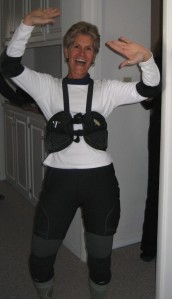 Did I quit, like any rational human certainly would? I think you may know the answer to that. What I did instead is buy every piece of body protection on the market,  encapsulating myself with padding from shoulders to  knees.

Now, when I’m catching my edges and being flipped like a coin-toss, my puffy dough-boy body armor helps ensure I’ll live to see another day on that stupendous mountain. 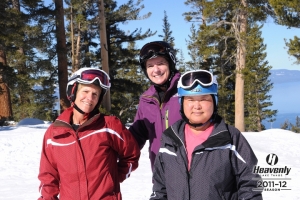 Me, JT and my so-called friend, Hilary

You  may ask what I have learned, if anything, from this experience. That’s an easy one:

b) Snow is not all that soft 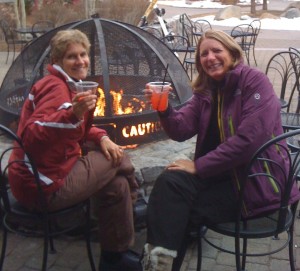 6 thoughts on “Snowboarding: An Old Dog Learns a New Trick”