I wouldn’t say I’m an adrenaline junkie but I’m game for almost anything involving adventure. “No” simply isn’t in my vocabulary when something exhilarating is in the offing. This tendency for thrills sometimes causes me to make stupid decisions. It’s then that I wonder, often too late, what I was thinking. Take our white water rafting trip…

Previously, I’d only experienced rafting on the gentle Truckee River. That’s like wading in the kiddie pool. Now don’t get me wrong; the Truckee offers an enjoyable float down a calm, scenic river, but nothing that makes you nearly pee your pants from excitement. And that, my friends, is what I’m seeking.

Here’s where the stupid part begins. In our attempt for the ultimate rafting experience, friends Mandy, Patty, Karen, Sharon and I fibbed about our level of expertise when we signed up for a 2-day camping/rafting trip down the Upper Klamath River in Southern Oregon.

A class IV+ river, these rapids are meant for experts. Therefore, most of the participants in our group were experienced rafters. Not a liar in the bunch (if you didn’t count us).

But figuring people might over-exaggerate their rafting skills, this outfitter was equipped with guides like Kenny. Once it became evident our skills were virtually nonexistent, Kenny instructed us to simply hold our oars in the water and steer. Sounds easy enough, right? Well, I’m here to tell you it wasn’t.

Sharon and me – early morning in our tent

So anyway, cute young Kenny sat in back with his oars, instructing us on how to negotiate class III rapids that start the trip. I thought: Well, this is quite doable.

We’re having a grand ole time; Patty’s laughing so much I know the inevitable is about to happen. She ALWAYS pees her pants when she laughs too hard. Karen’s up front hootin’ and hollerin’ at the top of her lungs and Mandy’s in her designated spot, whistling. Sharon is opposite me, steering her little heart out.

Next thing we know we’re in Satan’s Gate. The name

alone says it all. No longer class III rapids, we’re entering class IV+. Gulp. Kenny had given us explicit orders beforehand, “No swimmers!” In rafting lingo that means DON’T FALL OUT OR YOU’LL PROBABLY DIE.

I thought: Well okay then, this looks like serious stuff here. Whatever was I thinking? But still, my adrenaline was pumping and I felt excited with anticipation of what was to come. Moments later, I found out when we hit a boulder.

As I flew through the air, Kenny’s warning echoed through my mind. In a matter of seconds, I was up and over the side of the boat, head first. Mostly submerged under water, I felt the rapids push me down and I waited to be swept away.

That’s when I felt a hand around my ankle. With what seemed like one big tug, I landed like a marlin back into the boat. No, it wasn’t Kenny who saved me; it was Sharon. (She always had impeccable timing.)

At this point the rapids are ripping around us, filling the boat with water. Kenny yells for us to start bailing, so we drop our oars and bail as though our lives depend on it, because they do. 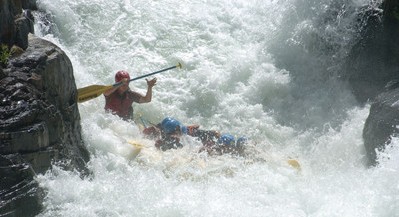 Next, we enter Hell’s Corner, where people line up along high buttes crowning the canyon ridge overlooking the most dangerous passage on the river. This is where onlookers get a birds-eye view of the imminent but entertaining chaos below – better known as a tragic segment on the evening news.

Within moments Kenny yells, “Rock side!” which means we’ve become lodged onto a boulder and need to immediately shift toward it and not away, as we would undoubtedly prefer. This action supposedly prevents flipping and dislodges the raft, thereby allowing us to avoid drowning. 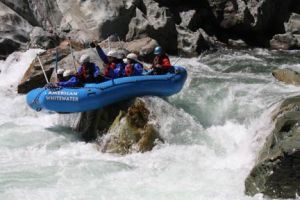 A failed rock side

Following orders, we scrambled toward the rock, leaping over each other on the way. I quickly glanced back at Kenny and knew we were in trouble. One of his oars was gone and his hand was bleeding. For a moment, I thought I recognized a flash of fear in his eyes.

Just in case you forgot what Kenny looks like. (Taken before he had fear in his eyes) 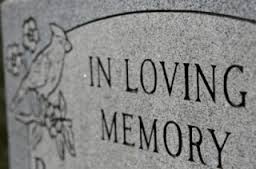 But somehow, amazing Kenny steered our way out of the canyon with just his grit and one oar. My souvenir: rope burns from holding on for dear life. Minutes later, we were coasting through easy rapids. Laughing with relief, we all high-fived that we’d actually made it through those breathtaking moments. 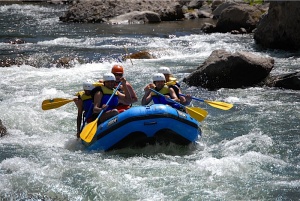 And then my very next thought was: When can we do this again?

Sharon and Mandy will kill me for printing this

2 thoughts on “Who You Callin’ an Adrenaline Junkie?”