I almost died the day my godson Martin was born. But more about that later…

Now don’t get me wrong; I may not be a church-going Catholic but I’m on good terms with the Big Guy. He knows, although I’m not a weekly parishioner, most days I attempt to be a decent human being. For instance, I’m pretty sure I’ve only violated three of the Ten Commandments. I can’t be certain though since I only remember four. 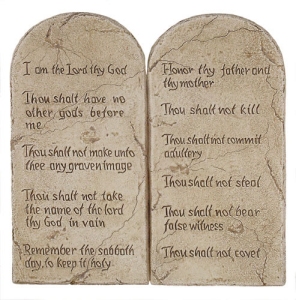 Actually, I’m lucky to be alive to break any of the Commandments.

That brings us to when I almost died the day Martin was born. It was November 4, 1992. His parents, Sharon and Jim, invited me to videotape Martin’s big entrance. But when Jim called saying it was almost time, I’d just finished a graveyard shift so was half asleep.

Still, I did my best Danica Patrick impersonation to reach the hospital 45 minutes away.

Speeding at 80 mph, I nodded off, almost hitting the center divider. I was heading toward the white light, if you know what I mean. Suddenly, it was as if my guardian angel gave me a whiff of smelling salts and snapped me awake. If my life flashed before my eyes, I was simply too tired to notice. Anyway, turns out I needn’t have hurried; Martin took his sweet time getting here.

Coulda been worse I guess. She wasn’t an awful hummer. And at least I wasn’t next to the guy 5 rows up who forgot his headphones though still enjoyed a comedy on his laptop. It was a Seinfeld episode – the one where Jerry can’t remember the name of his date but knows it rhymes with a woman’s body part. I know this because I, and everyone within 5 rows of him, heard every word. (If you’re wondering, her name was Delores.)

Over in Dallas, during a night of flash flooding and thunderstorms that shook our hotel and triggered our cell phone alarms at 3:00 a.m., we waited for a tornado to hit. Why do folks fear measly earthquakes? Texas can keep their tornadoes. Give me a ground shaker any day of the week.

Anyway, my godson, sporting a little ponytail, a goatee and a broad smile, proudly accepted his BA in Business. What a journey it’s been.

He’s the handsome one in the middle

I admit I had my doubts about that kid as a tyke, when he’d pull out tufts of his sister Caitlin’s hair or, from his car seat, bit off chunks of padding from the car door upholstery. Let’s just say he was quite a handful.

4 thoughts on “The Day I Almost Died”