Last week I wanted to kill myself. (Twice, as it turns out.) I think it’s best explained in one word: COMCAST. Over the course of Wednesday and Thursday, I was on the phone with my internet and email service provider for a grand total of…..wait for it……6 hours and 26 minutes!

No, I’m not crazy and I’m not lying. I’m not even high, although last week I certainly wished I was. Maybe then I’d have handled Comcast’s ineptitude a little better. But a person can only take so much, right? I was polite and tolerant for the first 4 hours and then it just got ridiculous. And this all happened because someone tried to remotely hack into my computer. 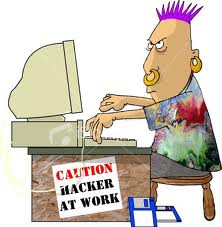 I’m sure I’m not alone when it comes to issues in dealing with email providers. In the past I’d been relatively lucky that any problem I encountered was easily fixed over the phone. But last week “easily fixed” wasn’t a phrase the staff at Comcast was familiar with.

It started Wednesday morning when my computer displayed a message saying I needed to change my password. Naturally, I thought it was a hoax. As I tried to work, a popup appeared every 15 seconds saying to verify my user name and password. Okay then, maybe there’s something to this. So I placed the first of a dozen calls to the Big C.

One thing I’ve learned: it’s true that Comcast outsources their customer service to the Philippines and India. And how do I know this? Because for the first 6 hours of my ordeal, I talked with various nice people with thick accents from these countries.

Now don’t get me wrong; I have absolutely nothing against these folks. It’s a tough job dealing all day long with people and their computer issues. I get it. But when I have trouble deciphering what someone is saying, something simple often becomes complicated.

I can’t tell you how many times I asked, “Could you please repeat that?” Or, “I’m sorry I don’t understand what you’re saying.” In addition, each call I’d wait nearly 15 minutes before being connected “due to high traffic calls.” Okay, fair enough. But then it got worse.

The first 4 hours I talked to 7 different people telling me 7 different ways to fix the problem. When nothing worked, they’d transfer me to the next person or department, and so on. Adrian transferred me to Dwight who transferred me to Sean, who said he needed to look into it and would definitely call me back at 9 a.m. on Thursday. The sad part is I believed him.

I called back on Thursday and started getting disconnected. I was put on hold and nobody came back for an eternity until, again, I was disconnected. So I called back. “Hold please.” Then came the same tedious phone prompts, over and over again.  And the music they play while on hold? Someone seriously needs to look into that.

For nearly 2 full days, I couldn’t send or receive emails. I talked to more “experts” than I can count. In all, I was given 6 different phone numbers, each of which potentially held the magic answer to fix the problem. Trouble is, when I’d reach an actual person, they’d tell me I called the wrong number. “You need to call such and such.” So I called such and such. Still no help. 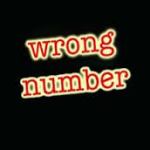 Finally, I asked to speak to someone actually in the US. I felt like a creep doing that but I was desperate. Anyway, 6 people later, I finally talked to a supervisor in “Signature Support.” I can only assume they save this number for those customers on the brink of madness.

So Yolanda walks me through the process to change my password, user name and port settings. And I have to tell you, now that I’ve done it, it’s extremely easy. I’m at a loss to know why nobody other than Yolanda knew how to do something so basic. Maybe it was like that line from the movie, Cool Hand Luke: What we’ve got here is a failure to communicate. (Isn’t that the best line?)

In the end, it took over 6 hours to resolve an issue Yolanda fixed in a matter of minutes. Thank you Yolanda! So I hung up the phone, quickly ran to the bathroom, grabbed some cheese and crackers and headed back to my office to finally get some work done.

And that, my friends, is when my brand new modem stopped working.

This posting is from June, 2013. I thought it apropos to post again since I had the same issues this past week, only not the wanting-to-kill-myself type.