MEN ARE BABIES. Uh, let me rephrase that so as not to lose any male readers.

MOST MEN ARE BABIES. How’s that sound? Well, probably not much better. What about this then…Guys I know will not visit the doctor unless they’re bleeding from an orifice one should never bleed from and/or something is amiss with their Johnson, if you know what I mean. And I think you do.

Anyway, I bring this up because for me summertime is not just about enjoying warm weather. No, it’s also the time when I go for my annual poking, prodding and squishing of body parts in determining the overall health of this old body.

What I don’t understand is why so many guys refuse to get checkups, whether annual or every 5 years. What’s that all about? When you compare what we women go through during our yearly visits, men having a gloved finger placed up their butt is a walk in the park if you ask me, which you didn’t. But there you have it.

When women visit a gynecologist (the ultimate pokers) not only do we get the finger, so to speak, but we also get a long metal device, sort of like BBQ tongs with a trigger, inserted into our baby making parts.

I can think of a thousand things I’d rather be doing than counting ceiling panels, my feet in stirrups while the doc inserts that Popsicle-cold speculum, followed by an unusually long Q-tip placed into my cervix, where cells are scraped for testing.

Now guys, doesn’t a gloved finger up your butt pale in comparison to all that? 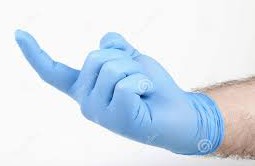 And it doesn’t end there. I also had a mammogram last week. Again, something men usually don’t need to experience. Hey, I’m just grateful there’s a test for abnormal breast cells. But seriously, is there no other way? One that is less squishy perhaps?

I wonder if this type of contraption would be in use to diagnose similar abnormal cells in, let’s say, testicles. Something tells me the method of detection would not include men willingly placing their family jewels onto a machine that smashes said jewels into dollar-sized pancakes. That would be one empty waiting room. I’m just sayin’.

We women stand against a giant metal machine like something NASA would build, while a clear glass plate lowers onto first one breast then the other, squishing them not simply into pancakes but crepes. And believe me, there’s a big difference.

The technician turns a knob that incrementally lowers the plate, smashing said boob flatter, then flatter some more. All the while she smiles and says, “Feel okay?” I’d prefer to respond, “It feels like my breast is in a flippin’ vise and if you turn that knob one more time I might have to hurt you.” But instead I say “Sure, doin’ great. Thanks for asking.”

Now don’t get me wrong; I realize these tests are a necessary evil to help us stay healthy. I actually don’t mind a little poking, prodding and squishing if it means peace of mind. To me that trumps the following —

That only counts when you’re being gossiped about. And not the good kind like, Isn’t she the nicest, sweetest person you ever met? Otherwise it’s a load of crock.

So buck up, you guys; don’t be babies. Get your butt and all your other body parts into the doc’s office. Do it for your family and friends, if not yourself. I’m here to tell you a gloved finger is the least of your worries. Besides, it’ll be over before you can say, “Doctor please, I hardly know you.”

What might happen if you don’t go for that checkup is much scarier, don’t you think?

Last Wednesday I was poked, prodded and squished again, so I couldn’t resist reprinting this posting from 2015.

One thought on “A Little Poking, Prodding and Squishing”