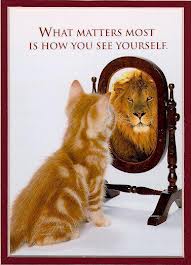 I’m discovering something about getting older and it’s that I rarely care anymore how I’m perceived by others. Is it just me or does this come with the territory? If so, it’s definitely one of the few benefits of aging.

I think for most of us, from grade school until we reach the I-don’t-really-give-a-crap stage, we try not to be too different from everyone else; I suppose it’s so we won’t be judged. The main goal – just fit in.

When I was in grade school, my mom bought me a plaid jumper a year before plaid was in vogue. What was she thinking?! God forbid I be seen in such a fashion faux pas. What if people laughed? To a fourth grader, nothing is worse. 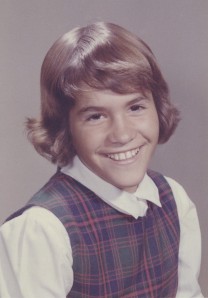 I agreed to wear the jumper in this 5th grade photo, only because plaid was in style

I remember in junior high doing my oral report on Mary, Queen of Scots. I had that thing memorized up the wazoo. But the morning of the report, I got a twitch in my eyelid. Wouldn’t you know it? I thought the whole class would notice and make fun of me.

Therefore, I kept my head down and read the entire report instead of chancing looking up, where said twitch would be discovered. Oh my God! Look at her eyelid moving! Have you ever seen anything so hideous?!

It was worth the lowered grade just to escape such horror.

Avoiding humiliation is a full-time job for a kid, and we had it easy compared to kids today. Social media can be a killer because within minutes the world knows you have a huge zit on your nose. Not only do they know it, they see it in full bloom on a  computer monitor the size of a small TV.

Today, any unfortunate mistake is likely to be fodder for

teasing for months to come on YouTube or Facebook. When I was in junior high, Toni was our version of YouTube. She caught any indiscretions, promptly told Colleen, who then told Leslie.

A day later everyone in seventh grade knew, but that’s where it ended – until yearbooks came out. “Hey Janet, remember the time you wore two different socks to school? Ha, Ha, how embarrassing. Have a great summer.  See ya next year.”

High school, for most, is also about fitting in. Cliques are the norm. There’s the drama group, flashy and creative. There are the jocks (my little niche); the

nerds, who hung out in the science room; the cool kids, who hung out wherever they wanted; the cheerleaders, who were perky and pretty; and the rebels who always left campus to smoke cigarettes. Like a puzzle piece, most found a place where they fit in.

Now don’t get me wrong; not everyone was content being

another a piece of the puzzle. There comes a time when, for some, blending in doesn’t sit so well. You know those people. They’re the ones whose worst nightmare is being considered ordinary, so they make sure they aren’t.

At my high school, the eccentric kids always seemed to be Drama students. At the time, I thought they were odd. Now I see them as brave; they did their own thing, irrespective of how others perceived them. I was too insecure for that.

The point is we all find our way eventually. Some, like me, just take longer than others.

I’m finding as I age and gain more confidence, I speak out more, even though I might actually say something stupid. But I’ll chance it. Life experiences allow us to take additional risks, finally realizing that’s what it’s all about; learning to be ourselves (whatever that may entail). 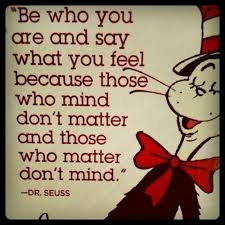 With each passing decade we learn a little more, mellow a bit more and accept a lot more. Next thing you know you’re my age and you couldn’t be much further from that girl in fourth grade who worried that what she was wearing actually mattered.

Who knows, maybe maturity simply means daring to wear plaid when polka dots are in style. 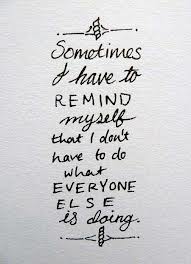 I started my life’s journey wanting to fit nicely into that puzzle piece – just one of the masses. So much of my youth was spent concerned with what others thought of me. What a relief that’s over.

So yes, I’d definitely say one of the few gifts of getting older is realizing what others think of you is not nearly as important as what you think of yourself. 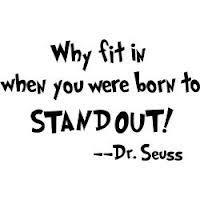 9 thoughts on “A Piece of the Puzzle”