I pet-sat while my friends vacationed on a cruise in Alaska. Here’s excerpts from my journal chronicling Gizmo’s stay with me… 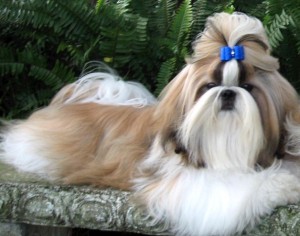 Snuggled on the sofa tonight watching tennis on TV. Gizmo’s obviously partial to the women’s game, as she slept through most of the men’s matches. Very astute canine. 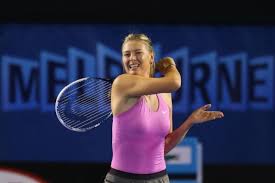 Resisted the temptation to feed her chili tonight. Somehow ignored those seal-like, begging eyes. Feeling quite proud of myself.

Pooped twice this morning and peed around 6 times. Now don’t get me wrong; I’m referring to Gizmo.

Avoided possible tragedy:  While cleaning, mistook Gismo for giant hairball, almost sweeping her into the dustpan. If said dust had not barked, I might have dumped a heavy load of fur before noticing she was missing.

Am resisting the urge to grab scissors and clip around Gizmo’s face. Spent 2 minutes talking to her butt before realizing I was at the wrong end.

Calling Gizmo ‘Squirt.’ She seems to prefer it. Don’t be alarmed when she no longer answers to her given name.

I’m now her best friend because today is dead cow day, aka ‘Steak Day.’ Only way she’ll take her pills. Told her if she knew how they killed that poor cow, she’d lose her appetite. She looked at me with those huge eyes that said: Do I look like I care?  Then proceeded to lick every last drop of cow remnants from my fingers.

What’s with standing in the middle of the room barking at nothing? Might be trying to send you a message saying she’s fine and not to feel guilty leaving her with a stranger for 12 days (approximately 4 months in dog years). She’ll get over it someday.

Hate to be the one to tell you but your dog is a pervert. Gizmo is having her way with my paisley pillow on a regular basis. 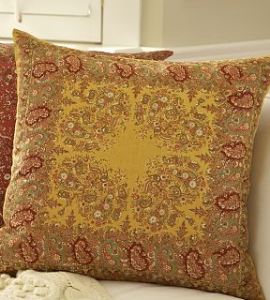 The object of Gizmo’s affection

Brushing this dog is the most difficult thing I’ve ever done, except pass a college Statistics course. How do you reach all the long hairy parts underneath? Found a hunk of masking tape stuck to her underbelly. Had to cut it out. In a month you’ll hardly notice the bald spot.

Whenever I brush her, she shakes her head like a bee is stuck in her ear. Then rolls on the floor as though her coat is on fire, totally erasing all evidence of being meticulously groomed.

Gizmo almost swallowed string from her rope toy. Removed a piece from her throat long enough to string my tennis racket. No way Gizmo dies on my watch.

Replaced said toy with something that wouldn’t choke her to death, thereby putting dog sitter in a bad light. Gizmo has absolutely no interest in it, unlike former toy she treasured like a twin sister and watched me discard. Side note: she refuses to look at me.

Trying to fix Gizmo’s pompom, I’ve been outsmarted by a rubber band. Didn’t want to give her a crew cut, but hair was wrapped around it like a snake coiled around its prey. So I did what I had to do. Hoping you’ll be grateful simply to have her back alive.

Gizmo was my dinner-party entertainment. Demonstrated her continued infatuation with the paisley pillow. Became so enamored , she practically hyperventilated. To avoid giving doggie CPR, I hid the pillow.

I’m harboring a criminal. Gizmo snatched one of my other canine’s kibble, devouring it like she’s been on a month-long fast. Because she’s so dang cute, said infraction shall be overlooked (except by the dog whose kibble was stolen).

Lost Gizmo today. Searched the entire house, calling her in a panic. Finally found her spread-eagle on her back sleeping behind sofa. Quite resembled Rod Stewart having a bad hair day. Seriously, what’s with that mop of hers? 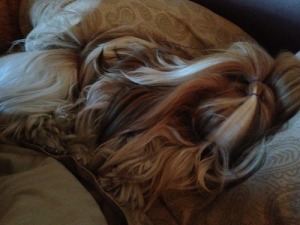 A mass of fur

Uneventful. Gizmo slept the day away. Checked to verify she was still breathing. Tremendously relieved when detected chest rising and lowering.

Today is bath day. (Gotta get her purdy for your return.) Won’t let me comb around her face so literally have no idea what you’ll find there. My only guarantee: she won’t stink.

I let Gizmo bid the pillow a fond farewell.  She enthusiastically humped it, chewed it, and pounced on it with uninhibited gusto. Decided she can have it.

Something tells me I won’t be using it again.

2 thoughts on “The Gizmo Chronicles”