Isn’t it interesting what time teaches us? 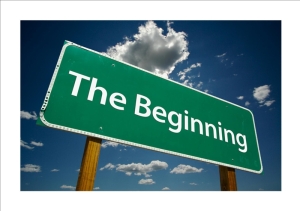 But I guess that’s the point. We aren’t supposed to know everything when we’re pimply faced youngsters. Unless we’re Steve Jobs. Alas, I was nowhere near that brainy when I started on my life’s path. Nor am I now.

I don’t know about you but I was a late bloomer in everything but sports. Athletics came easily to me from grade school on out. I ask you, is there anything more satisfying than being good at something you’re passionate about?

I didn’t exactly shine in school. It wasn’t my favorite place to be other than the opportunity to visit with friends. Now don’t get me wrong; I didn’t get awful grades, just average ones. That’s because I didn’t apply myself, according to my teachers. And they were right. I only did enough to get by.

I still have all my report cards. And one comment pretty much sums up my academic life up until college: My seventh grade teacher wrote, “Janet would get better grades if she didn’t spend so much time visiting with her neighbors.” That’s a direct quote.

Even today, 45 years later, I’d rather visit with my neighbors, Paul and Vicki, than pull weeds in my yard. Yep, old habits die hard…

In high school I studied enough to get B’s. Acquiring A’s was not a priority. No, I focused on getting through homework as quickly as possible so I could meet up with friends at the mall. I always had one eye on my books and the other on the clock.

In college, I stepped up my game slightly. I could no longer simply coast and hope my grades coasted with me. Now I had to actually study harder. Ugh.

Trying to figure out at age 18 what to do with the rest of my life was asinine, if you ask me. Who at that age knows what they want, other than my friend Sue? She knew in utero she wanted to teach. But then she’s an anomaly, wouldn’t you agree? The rest of us lost souls had to choose something. And fast. 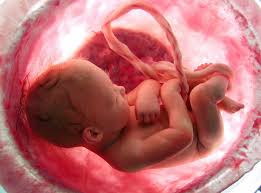 I remember taking an aptitude test to help determine my destiny. I was in a panic. Here I was in college, my future looming, yet I had no clue what I wanted to “be.” At the time I thought everyone on campus was just like Sue, already confidently on their life’s path, way ahead of yours truly. (Aren’t those people annoying?)

Anyway, the test results said I should go into law enforcement. Hum…very interesting. I do love solving a mystery and I’m somewhat nosy. So I may have made a good detective. I don’t, however, wear a trench coat well. But regardless, I ignored that suggestion, instead deciding to study social work.

Once armed with a BA degree, I somehow landed in retail while doing a bunch of volunteer work during my constant search for where I actually belonged.

For a time I was an adventure travel writer, not monetarily lucrative but loads of fun. Ultimately I found my niche working at the Marin Humane Society in Public Relations. Turns out my true passion is for animals. Who knew?

So I was 35 before I realized I’d studied the wrong species in college. Talk about a slow learner. But you know what they say: better late…

No wonder so many in the workforce are unhappy. Nobody can be expected to choose, in their second decade of life, what their profession should be for the next four decades. We grow and change (hopefully). So our preferences and interests change as well. That’s when we quit our job (again, hopefully) and take another path. I’m certainly glad I did.

You see, I believe everything happens for a reason. If I’d known better back then, or thought I did, I’d have gone a different direction and may not have formed a nonprofit to help feral felines live better lives. It’s the most important and rewarding work I’ve ever done.

But I wonder…had I been more attentive in school, would I now be a detective? Would I be a hospital social worker? Would I be happier? The answer to that last question is a resounding:

Maybe I am a late bloomer but everything up to now has lead me down this path. Of that I’m certain. I finally found my purpose, which also happens to be my passion. I’d say I’m one of the lucky ones, wouldn’t you?

And that, my friends, is about as satisfying as it gets.