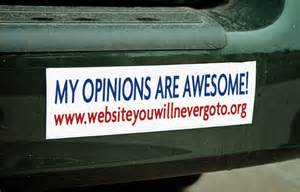 Everyone has something to say and they want people to know it. And that’s what cars are for. I’m talking about bumper stickers and those triangular yellow signs suction-cupped to car windows, specifically the ones that say Baby on Board. I hate those signs. Really now, people. What’s the purpose of those? I’d appreciate someone explaining them to me because I think they’re possibly the stupidest signs ever created in the history of signs.

Perhaps you think I’m being harsh and maybe I am. But when I’m driving down the freeway and see that particular sign, I want to egg that car. (And I think there’s a good chance I’d hit my target, having been a softball shortstop for 10 years.) Then I’d watch with a smile on my face as the gelatinous slime rolls down the window, disappearing into those hard-to-reach crevices. And I’d hardly feel guilty at all.

On second thought, if I throw an egg I might scare the baby (if there actually is one on board). I wouldn’t want to do that. I have nothing against babies. It’s the parents who bought that sign I have an issue with. Anyway, I hardly ever drive around with eggs in my car so it’s doubtful I’ll go through with it. But the point is, I think about it.

Question: What is it we’re supposed to do after reading a Baby on Board sign? Do they think we’ll come upon them and say, “Wow, there’s a baby in that car! I guess ramming them from behind isn’t a good idea after all. And here I had my heart set on it.”

Or perhaps they think the reaction would be more like: “Hey, there’s a baby on board in that car ahead. Jeez, I think I’d better drive 5 car lengths behind so as not to accidentally ram them from behind.” 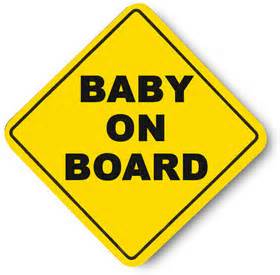 I think if people can have those signs and not be embarrassed by them, I should have some made for my dogs, which I also sometimes have on board but have yet to find it necessary to advertise this meaningless reality.

For instance, I can have one made for my dog Nellie that says Poop Eating Greyhound on Board. The other will say Three-Legged Border Collie Mix on Board and the last one, Corgi-Spaniel Mix Who Won’t Use the Dog Door on Board. At least MY signs would have some entertainment value. The Baby on Board signs have absolutely none. What do they say besides the obvious? And why should we care? 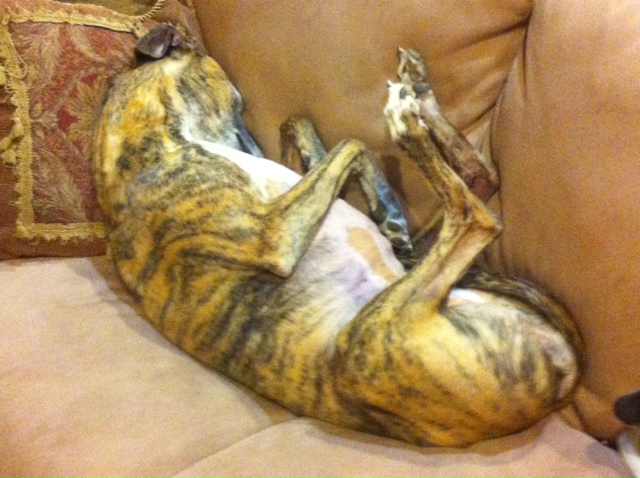 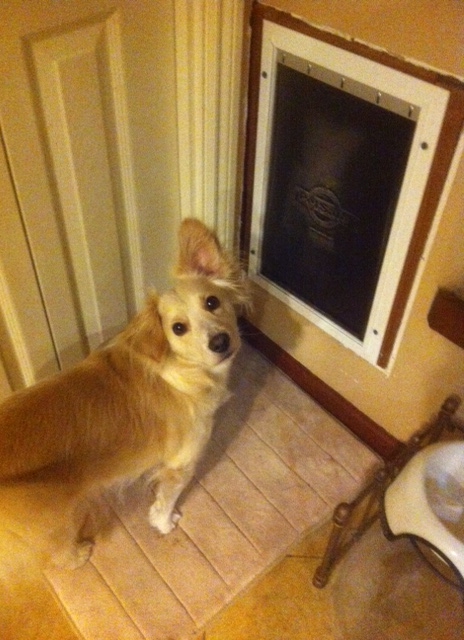 Now don’t get me wrong; I’m not opposed to people using their cars as mobile bulletin boards. Sometimes it breaks the monotony of driving when I come upon a car with bumper stickers and I feel like doing some light reading going 65 mph. But with my failing eyes, I must get within a foot of their bumper to read the darn sticker. That could cause problems when one of us decides to break.

That’s why you should think twice about putting bumper stickers on your car. Someone like me who is naturally curious is bound to get very close, in which case there’s a good likelihood I could ram you from behind.

Unless, of course, you have a Baby on Board sign hanging from your rear window.