Not exactly what I meant

Did you know there are 7 hobbies that will make you smarter? Neither did I. Guess I’m not that smart. Therefore it might behoove me to bone up on these particular hobbies because, let’s face it, at some point our brain cells start diminishing about as rapidly as Matt Lauer’s hairline.

Anytime we learn a new skill or have new experiences, scientists say we create more neuron pathways in our brain, making our grey matter work better and faster. And who doesn’t like being better and faster? No one, that’s who.

Since we aren’t born with a given level of intelligence, we can always improve in the cranial region. My feeling is, the more neurons I have, the longer it takes before Alzheimer’s strangles my memories, devouring precious neurons like I devour chocolate. Not a pretty sight…

So here’s how you can build those neurons, giving you Arnold Schwarzenegger brain cells (before he got old and flabby). 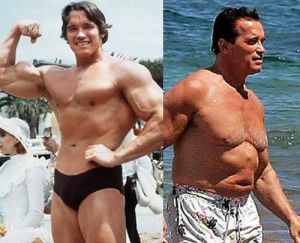 Play a musical instrument. Well, I’m screwed. I have a guitar collecting dust in my garage and a piano sitting in my living room looking pretty. But I haven’t touched either in years. I do, however, plan to master the harmonica. It’s only a few inches long so how hard can it be?

Read anything. It reduces stress and increases all three types of intelligence: emotional, fluid and crystallized. I must not be reading enough because I have no clue what that means. Now don’t get me wrong; I know what emotional intelligence is; I’m not a TOTAL idiot. But the other two? I’ll look it up and get back to ya.

Exercise regularly. I’ve got this one covered. Apparently when we physically challenge our bodies, cells flood with a protein that helps mental acuity. But when we sit for long periods of time, the brain slacks off. Sorta like anyone working on Christmas Eve.

Learn a new language. Okay, this is getting scary. I already suck in the music department and obviously don’t read enough. Now I need to learn another language? Do well-meaning intentions count? About 10 years ago I got a Rosetta Stone CD to learn Spanish. If only I could remember where I put it.

Test your cumulative learning. When we cram we tend to quickly forget. But we remember things that we learn over and over. The trouble is, the longer I live the more I learn, which takes up valuable brain space, leaving little room for the new stuff. Next thing I know I’ve forgotten the old stuff.

Your brain needs to work out just like your body. So play Sudoku and board games, do puzzles and riddles. This increases neuroplasticity, making us less prone to anxiety and depression. No worries; I’m a whiz at Sudoku and I also have a 1000 piece puzzle. Never mind it still sits unopened on my dryer in the garage. The point is, I’m a whiz at Sudoku. 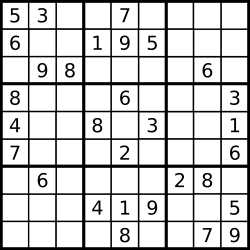 Meditate. The Dalai Lama’s brain waves were studied during mediation to see if he could generate specific brain waves on command. Naturally, he could. He’s the Dalai Lama. Anyway, the DL proved we can feel what we want to when we want to. It doesn’t get much better than that. If only meditating didn’t put me to sleep…

So it appears I have a ways to go before I get smart, doesn’t it? But I’ve learned it’s never too late to create new neurons. Now if you’ll excuse me, I’m off to buy a harmonica. 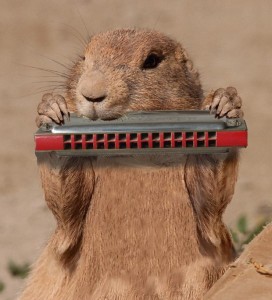 3 thoughts on “Get Smart”