I received a call last week from Chris who has over 70 acres in the hills 10 miles from me. He and his wife are interested in getting feral cats as mousers for this, their second home with an upstart vineyard, enormous house, big red barn, a flourishing garden, a pool and pool house. In a word: the place is a dream. Yes, I’m aware that’s five words. But come on, it’s too incredible to warrant just one.

Anyway, the vineyard is isolated almost 3 miles off the main road, winding along seemingly endless pastureland. It was then that it occurred to me this could be a setup. I hadn’t told anyone where I was going and who knows what awaited at the end of that gravel road?

Since I watch crime shows, I thought of many gruesome scenarios. The possibilities? I could be murdered and only the cows would hear my screams. Or I could be kidnapped and held for ransom — a big mistake because I’m monetarily worthless. Still, I kept driving. 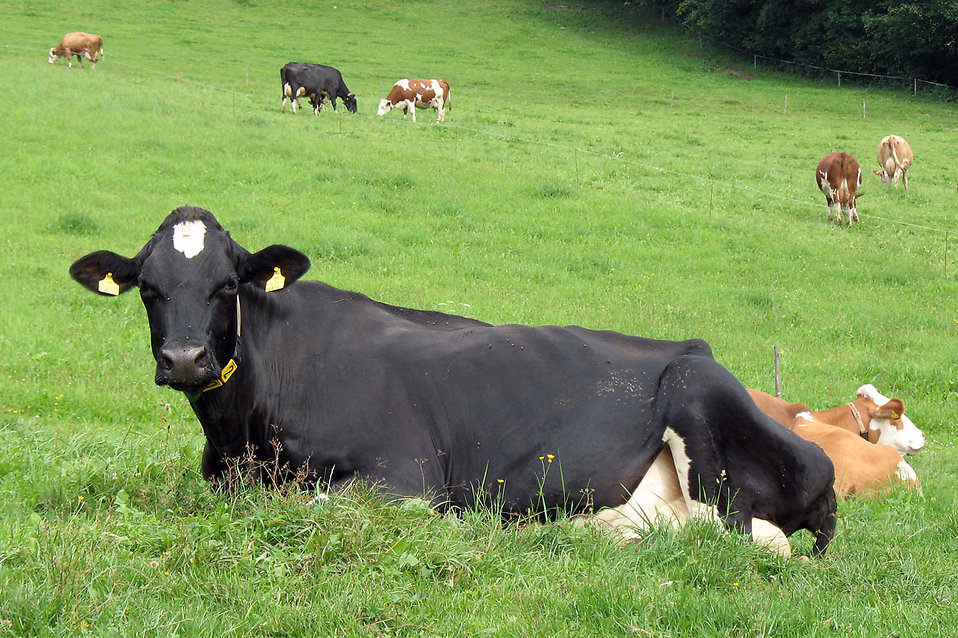 Hey guys, did you just hear something?

To be honest, I wasn’t thrilled with any of those scenarios. Yes, I’d forgotten my pepper spray and stun gun again. And my police whistle on my key chain would only serve to scare the bageebers out of the free range chickens. Yet I kept driving.

When I finally reached this hidden paradise, I was in for a surprise. A half dozen men were working in the vineyard and none of them looked like Hannibal Lecter. In fact, each resembled a model straight out of GQ, but with a layer of dirt. Could this be heaven? And why was I just discovering it? Apparently to work for Chris, gorgeousness is a prerequisite. Even he’s off the charts handsome.

This times a half dozen

After he introduced me to some of the guys, Chris took me to his house to talk about options for “career cats” to hunt rodents on the property. On the way I waved to a guy driving a tractor and he waved back…another cutie 20 years my junior, just like the rest of the crew.

After a tour of the place, I was leaving when I saw a note under my windshield wiper. It said: Text me sometime. It included a phone number and next to a smiley face it was signed, Jessie – the guy on the tractor. On my way home my mind raced…why would he want me to text him?

The next day I responded: Hi, it’s Janet with the ferals. Can I help you with something? Do you need mousers? Jessie texted back asking if we have purebred cats and would I like to have coffee sometime?

Now don’t get me wrong. This is all new to me…why would someone I saw 30 feet away and never spoke with want to have coffee with me? Obviously he thought I was younger than I am because, a) the sun and tractor dust hindered his vision, b) I’d recently colored the gray from my hair and c) my sunglasses hid my eye wrinkles. Boy did I fool him.

I texted Jessie back, Sorry, but we don’t have purebreds and thank you for the coffee invite but I’m in a relationship so I have to pass. Yes, I lied! Can you see me dating someone who could be my son? You can? What is wrong with you? I may be a lot of things but I’m no cougar.

Still, it was flattering to be noticed at all and by a young hottie, to boot. So I saved his note in my memory chest. (It’s not like I get those every day.) It holds a place of honor right next to the ceramic heart Tim Callahan made me in 6th grade.

Tucked away in my memory chest

13 thoughts on “One for the Memory Chest”