To put it more succinctly, someone almost killed me. I’d call it murder but I suppose in a court of law it would constitute manslaughter. None-the-less, I might be dead if it weren’t for a red Fiat and one precious second.

I was checking emails at 7:30 p.m. when I received notice saying some bozo had stolen one of our feral cat feeding stations and food bowls. The cats also needed more food. So I grabbed the pertinent items and headed out for the 10 minute drive up the freeway…until I realized I’d forgotten the feeding station. Typical me. So I headed back to my garage where the station was sitting in plain sight. Impossible for me to miss although somehow I’d managed.

Once I entered the freeway, a red 2-seater Fiat convertible flew past me. The top was down and 3 young gals were squeezed in, one obviously without a seat belt. Or a seat. Surprisingly, a police cruiser drove right by them. Must have been quittin’ time because 3 long-haired blonds speeding in a convertible are kinda hard to miss.

As it turns out, we were headed for the same exit. They drove in the middle lane and I, for once, was in the slow lane. At the last second they swerved to make the turnoff, forcing me to quickly break in order not to clip the back of their car.

With the signal green, they sped through the intersection, taking the left turn seemingly on two wheels, their hair flying in the wind. I entered the intersection a moment later, the light still green…not even the tiniest hint of yellow. 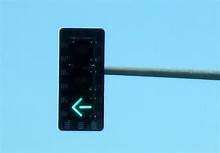 Doesn’t get any greener

And that’s when it happened.

Out of the corner of my eye, I saw a flash of white and instinctively slammed on my breaks. My body lurched forward. Cat food bowls and canned Friskies flew onto the floorboard as adrenaline rushed through me. Sadly, my life didn’t even flash before my eyes. How disappointing. I’ve forgotten so much of it, I was ready for a refresher.

Now don’t get me wrong; I’m overjoyed I’m still among the living.

Anyway, the flash happened to be a white taxi cab running a red light at I’m guessing 45 mph. This wasn’t a case of the sun blinding the driver because it was sinking toward the mountains to the left. And he wasn’t trying to beat a yellow light. His was solid red. Downright crimson. He was in a hurry, plain and simple. 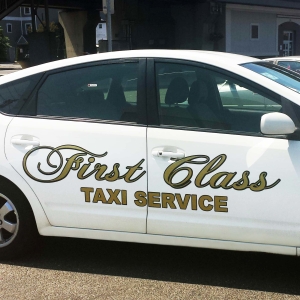 I beg to differ

As my shock turned to anger, I drove up alongside Mr. Red-Light-Runner, waiting behind a row of cars at the next stoplight. And guess what he was doing? FASTENING HIS SEAT BELT! When he glanced over, I yelled out my window, “You just ran a red light and almost hit me!”

I tossed my hands, palms open, into the air for dramatic effect. The guy looked right through me, apparently disinterested that he might have killed me or his seatbeltless self.

I tell ya, if I could find that crazy driver in the red Fiat, I’d thank her for cutting me off. Otherwise I would have arrived at the intersection one second sooner and you might be reading my obituary today instead of this blog post.

All because of one precious second.

6 thoughts on “One Precious Second”