Well it’s official. I can finally divulge what I really am. No, I’m not a man in a woman’s body. But nice try. And I’m not in the Witness Protection Program, hoping that my former life and real name, Shannon Miller, is all in the past. Wouldn’t that be something though? If so, I’d now be back in hiding, having just blown my cover. 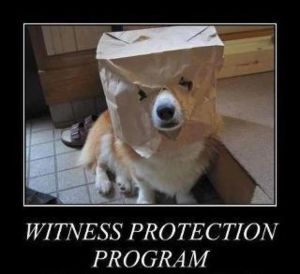 So no, my news isn’t quite that exciting. But here it is:

I know…it came as a surprise to me as well. Those who know me can attest that I’m not the brainy type. I’m more the flighty and absentminded type. In high school I was more interested in being with friends and playing sports. I honestly don’t remember studying much. Did I do it at the kitchen table? In my bedroom? Could it be I don’t remember because I rarely studied? That would be my guess.

In college, I received my bachelor’s degree with a 3.2 GPA, which is basically a B. Not bad, but definitely not genius. Especially since I wasn’t particularly enthralled with my major, Social Welfare. How can an 18-year-old be expected to know what she wants to do for the rest of her life?

In retrospect, I should have studied a different species, namely four-legged. Like a sponge, I’d have soaked up every drop of information. But what did I know at that stage of the game? Apparently not much. Live and learn, right? So what’s my point? I’m glad you asked…

A recent study resulted in an article titled, Swearing is Actually a Sign of More Intelligence, Not Less, Say Scientists. And if that’s true (which would behoove me to believe it is) then it’s evident I’m a f@#%ing genius. The article states that those who swear will often have a higher IQ than those who don’t curse. Perhaps we might then infer that those with a particularly excessive potty mouth are a LOT smarter, maybe even genius. I’m just sayin’.

Well, well. I finally realized my true genius and did it without studying. Now don’t get me wrong; I’m not saying I frequently let the F-bombs fly.  In fact, I’m sure most of my friends have never heard me swear (much). That’s because I usually save it for just 2 occasions:
1) While driving next to those who shouldn’t own a drivers license.
2) While watching TV, more specifically anything about politics and politicians.
Those are the times when I can’t control the F-bombs. 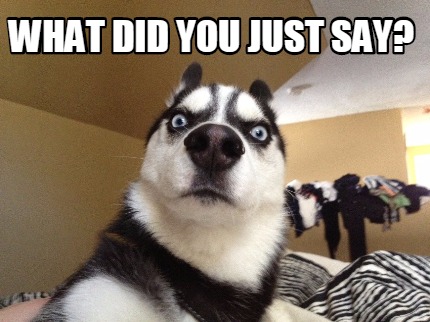 I didn’t swear until I was into my 20’s. It actually startled the shit out of me. (Play on words intended. Hey, I’m a genius, remember?) The word just came flying out of me; however I found it nonetheless satisfying. I quickly discovered a multitude of ways where the word shit could be used…when angry, frustrated, surprised and even amazed (especially if holy preceded it).

Anyway, the article contained an IQ test, which I breezed through in the allotted 20 minutes. Make that 90% of the questions. Seems I’m still right-brained, struggling with questions concerning math. Or lets just say anything with numbers. I’m envious of those left-brained people like CPA’s. To me, tax forms may as well be in Latin. 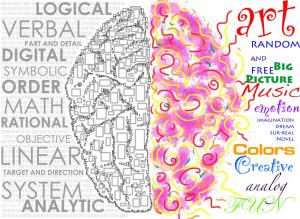 And then, when it came time to learn the IQ test results, they wanted $20 first. No way am I falling for that scam, also known as bullshit (another good use of the word shit.) Besides, I don’t need a test to confirm the depth of my intelligence. That’s because when you’re a f@#%ing genius, you just know it. Sure as shit.

4 thoughts on “Apparently I’m a Genius”