You don’t believe me, do you? You think because I’m a diminutive 63-year-old that I sit at home and knit every night, a cup of tea and a cookie on a table next to my easy chair. Oh how wrong you are.

First of all, I don’t particularly like tea. In fact, if I didn’t think it was healthy for me, I’d never drink it again. Secondly, I don’t knit. It’s not my cup-o-tea. (Wink, wink.) Thirdly, I’d never have just one cookie. Who can have just one? Seriously, I wouldn’t care to know that person.

Now don’t get me wrong. By “bad ass” I’m not saying Marin County police have memorized my name. In fact, my criminal life consists of two traffic violations. (Yawn.) One I blame on my friend Sharon when, at her urging, I drove straight in a right-turn-only lane. What can I say…we were running late. My other crime was speeding. Yes, I admit I have a lead foot.

I do, however, plan to enhance my bad ass image when I’m arrested defending animals. Not exactly sure when, and I can’t give you any particulars at this juncture, but it’s tops on my bucket list. What an honor that would be. And trust me, you’ll be the first to know when it happens because I might need bail money.

Anyway, it’s not like I’ve never been in jail because I have. And here’s a little secret just between you and me: I’ve also been to prison. What?! I’m sure your head is spinning. How can this be if I’ve only had 2 traffic violations? It’s sort of a riddle…drum-roll please…I volunteered at both places. 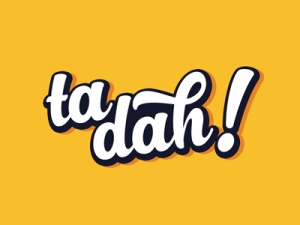 So why then, you may be wondering, am I no angel? Well, for one, I swear like a longshoreman even though I’m not entirely sure longshoremen are big swearers. Yes, I have a potty mouth, but only my animals know it. Not very lady like, am I? See, the image is already eroding. I don’t knit…I eat more than one cookie…I swear. What else? Oh yeah…

Since I’m constantly in a hurry, I’ve been known to mutter, “There’s only one shade of green, buddy,” when at a traffic light behind a slow poke. But I take offense when someone accuses me of the same. Like last week, while at a stoplight, I looked away for no more than 2 seconds. Apparently the light had turned green so the young guy behind me laid on his horn and waved his arm toward me like yellow jackets were dive-bombing him. What the… 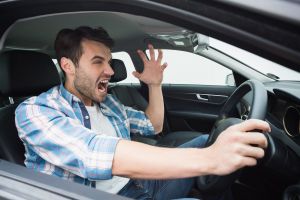 And that’s when bad ass reared her ugly head.

As we turned right, two lanes merged into one for about a mile. When I saw the punk trying to pass me, I said out loud, “Oh hell no you don’t!” and I gunned my SUV. No way would I let him pass me. So Mr. Panties-in-a-Bunch was forced to pull in behind me, to his utter dismay. So much so that he blasted his horn for the full mile. True story. 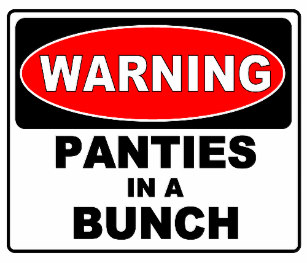 As we reached the end of the road, Mr. Panties flipped me the finger before turning. I pretended to do the same, but I made a fist instead. Hey, I pride myself on never having flipped the bird. Not that I’ve never wanted to. But I did give him a piece of my mind by honking at him as he turned off. 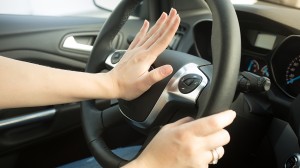 Just then, the lady in front of me threw her hands up in exasperation, assuming I was honking at her. What can I say? Just a consequence of being a bad ass.