I have one of those faces where, if I’m not smiling, I appear to be angry or sad. That’s because the ends of my mouth turn downward. I can’t help it. It’s the way I’m made.

Back when I had collagen in my face, my mouth appeared more upbeat. It wasn’t exactly in a continuous smile but at least it wasn’t so hang-dog. I’d say my mouth was more like a straight line on an operating room monitor; no life to it. 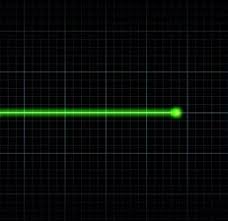 Now don’t get me wrong; I’m not a depressed person. In fact, I rarely have a down day. But it doesn’t appear that way to the general observer who doesn’t know me. To look at me when I’m not smiling, you’d think I’m bordering on suicidal.

(I’d insert a picture here but I have none without me smiling and when I attempt to be serious for the photo, I laugh. Therefore you’ll have to trust me on this one.)

Something happens when we age and that something is called The droopies. It’s just part of the deal. Although age may bring wisdom, sagging, as I see it, has no benefits. You simply wake up one morning and notice parts of your face and body aren’t where they used to be and you think, oh well.

So that brings me to what happened at the store the day before Christmas. First off, anyone grocery shopping the day before a major holiday deserves whatever she gets. Let me just say it was crazy busy at Safeway. Negotiating down the aisles was like being an Indy 500 driver on an overcrowded roadway; lots of bumping going on. 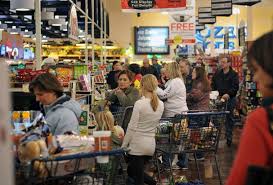 So I’m in the produce section, getting my sister her 14 bananas (don’t ask) when a rather large, frustrated man squeezed in between me and the red potatoes. As he moved in he said, “Excuse me.” So I stepped aside, giving him what I thought was a polite smile. And that’s when he said, sarcastically, “I know it’s asking a lot of you.”

What?! Did I hear him correctly? At first I thought he was joking and I chuckled a little. But soon it was evident by his sneer that he was serious and took offense to what he interpreted as my disgust at being asked to step aside.

Once it dawned on me what happened, I actually tried to look for the guy to explain that I wasn’t one of those perturbed holiday shoppers. But I couldn’t find him. Anyway, that would have been an interesting conversation:

Excuse me sir, but I believe you thought I was frowning at you back at the potatoes. Rest assured I simply have one of those sad-looking faces. It doesn’t help that I have no lips. If I had lips, they might hold up my mouth better. I’m not sure since I’ve never had lips. But I just wanted you to know I’m not mad at you so you don’t have to be mad at me. 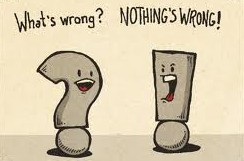 I can’t tell you how often people ask me, “What’s wrong?” But it’s only been since I turned 50 or so. That’s when the drooping became pronounced. I can only imagine what the next few years will bring. I guess I’ll need to walk around with a grin on my face so as not to appear indifferent or angry.

Anyway, this has made me realize looks are deceiving. How many times have I made a judgment about someone based solely on their looks? Too many. I think it’s better to look into someone’s eyes to determine how they’re feeling, don’t you?