I have 4 cats and 4 dogs. All my cats were once living a feral life and of the 4, Savannah is still semi-feral. She heads for cover whenever someone stops by. If cats could cringe, that’s what she’d do when I pick her up. When all the others gather in the family room in the evening, she retires upstairs. I’d say she’s a cat who enjoys her own company.

During the day, the animals come and go through the pet door to enjoy the backyard. But then one day Savannah discovered how to access the front yard via the hot tub, a short leap onto the fence, a walk alongside the shed, then down into the front garden under the maple tree. 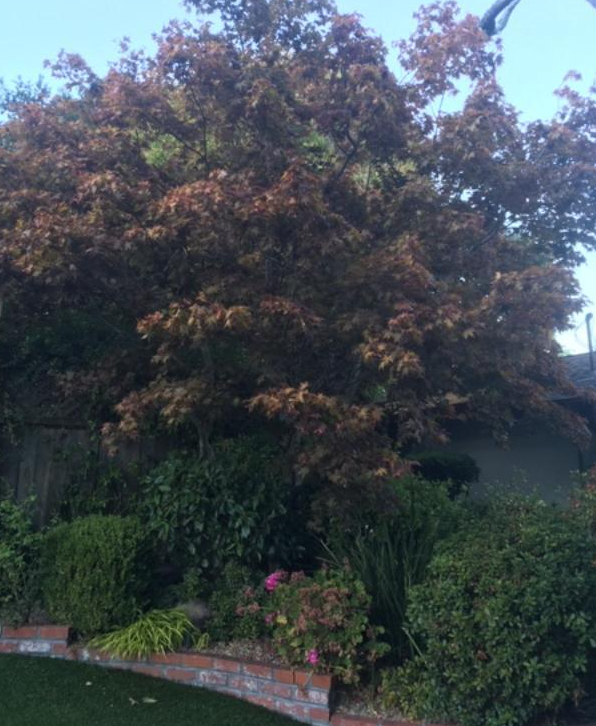 To Savannah, I suppose it felt like the feline version of the movie, The Shawshank Redemption. 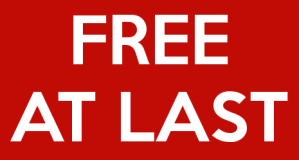 Each night around dinner, I get the cats in with food. Since the lot of them are gluttons, it’s pretty easy. I just yell, Nummers! and they come running. Then I lock the pet door so they’re in for the night. But one evening, Savannah didn’t come home when I called. Worried as darkness fell, I was in my office when I heard it…the screech of a car.

I looked out the window and saw a car turn around and speed off. Savannah was waiting at the door when I rushed to open it. A trip to the emergency vet determined the car had only clipped her leg. One lucky cat, she escaped with just stitches and a temporary limp. 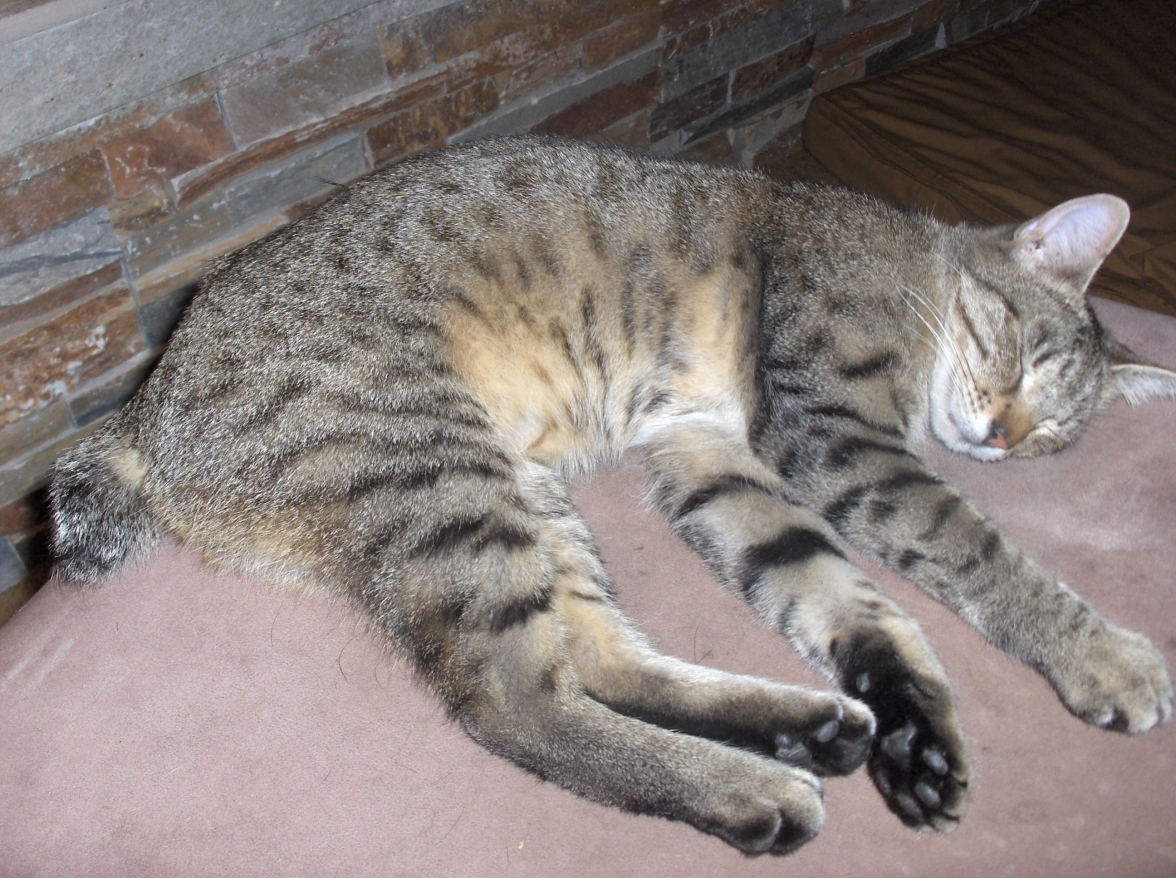 After that, Savannah stayed in the backyard. I stupidly figured she’d never again venture onto the street. Oh, was I wrong. Once again, she was hit by a car, this time breaking her jaw. What was I thinking, believing she learned her lesson when in fact it was I who needed to learn?!

Since that day, the cats were banned from outdoors. Couldn’t chance it. Oliver, Savannah, Jack and Dash attempted to bolt whenever I opened the patio doors for the dogs to go out (since the pet door was now locked). I became efficient at blocking them from escaping. No more casually opening the door since a cat was always lurking nearby.

Not too happy being indoors

Next thing I knew, my friend Loretta had her hubby, Chip, install cat fencing in my backyard since he escape-proofed their yard for their cats, Rascal and Gwyn. 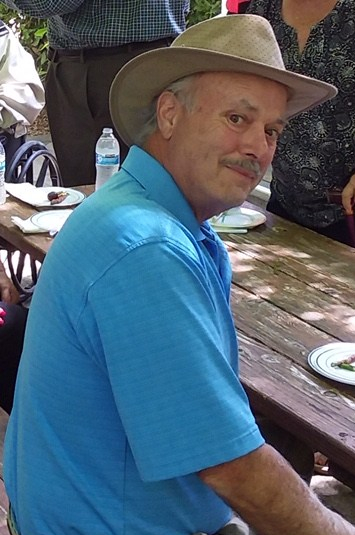 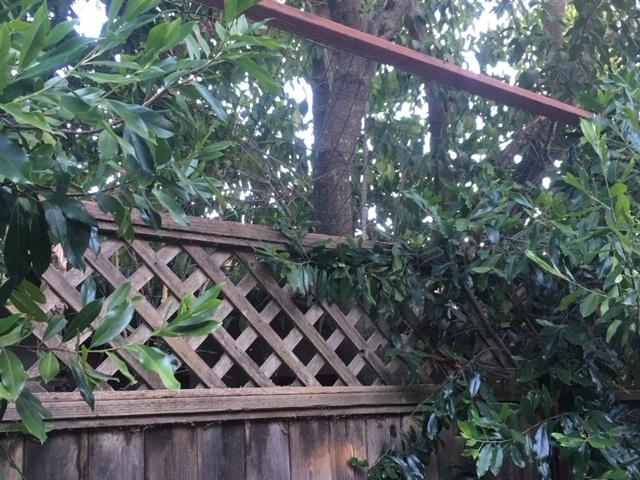 My cat-proof fencing with invisible wire

Chip also built an incredible catio in their backyard for the ferals they’ve been feeding for 8 years. Once apartments were erected where the cats resided, we had to trap and remove them. 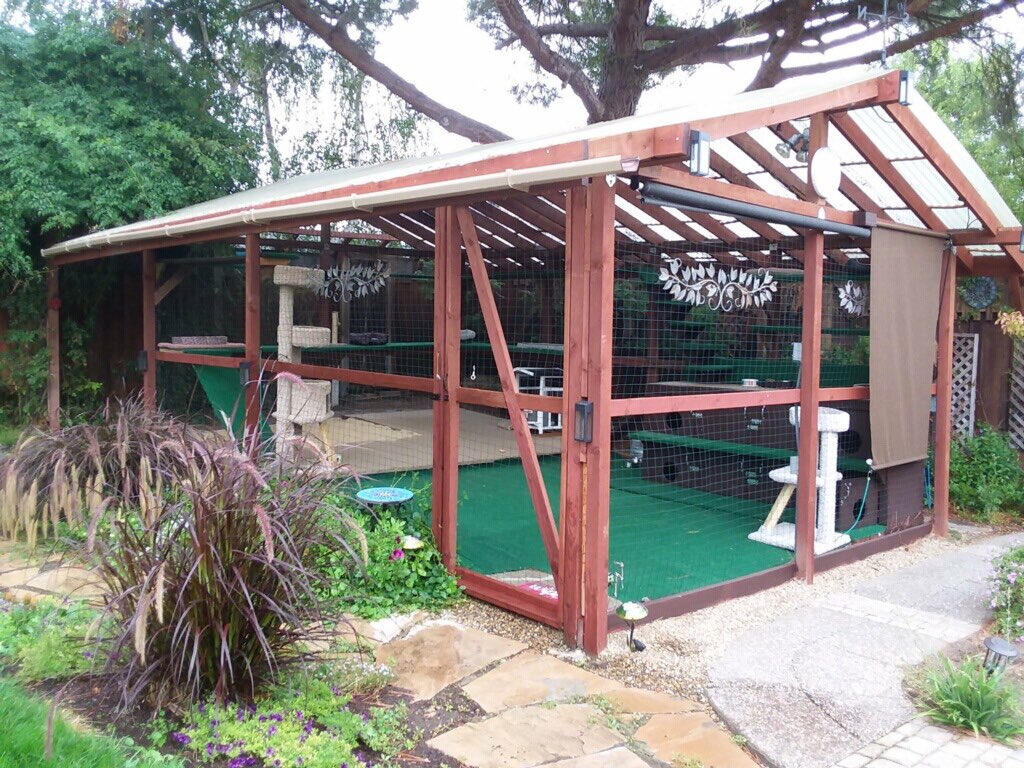 In two days, Chip was finished making my yard escape-proof. So I let the cats out for the first time in a month. That night I came home late and who was sitting in the front yard? You got it. Apparently the escape artist, Savannah, found a hole at the bottom of the fence that I’d forgotten about. So I did a patch job. The next night I came home to find her casually relaxing in the front garden again.

Turns out that damn cat found the tiny section of fencing we hadn’t escape-proofed, located behind a large, seemingly unclimbable hedge hugging the fence. Anyway, the cats are now banished from the yard until Chip shores up that section.

Now don’t get me wrong; I plan to double-check every square inch of my yard’s perimeter before allowing the cats back outside. I was an idiot for enabling Savannah to be hit by a car not once, but twice. She’s fortunate to have 7 of her 9 lives left, no thanks to me.

Luckily, I learned my lesson before it was too late.

Back in the yard today