I imagine many people awake in the morning to the scent of coffee brewing, the aroma of eggs and bacon wafting throughout the house, thanks to a thoughtful significant other. Now don’t get me wrong; none of that describes my mornings. For instance, take Thursday morning last week.

You know that sound people make when they’re about to vomit? Sort of a dry heaving that comes in 3 second rhythms until it’s no longer dry? You know what I mean if you’ve ever had food poisoning or possibly one too many Moscow Mules. So I immediately recognized what was happening on the floor of my bedroom.

Go easy on these

You see, my latest mutt, Taffy, has taken to eating cat litter. Just another non-endearing trait from this adorably obnoxious canine. At least it’s corn-based litter, which might be the attraction. But her obsession with it is unwavering and my attempts to block her from that room (while giving the cats access) have obviously proven unsuccessful. 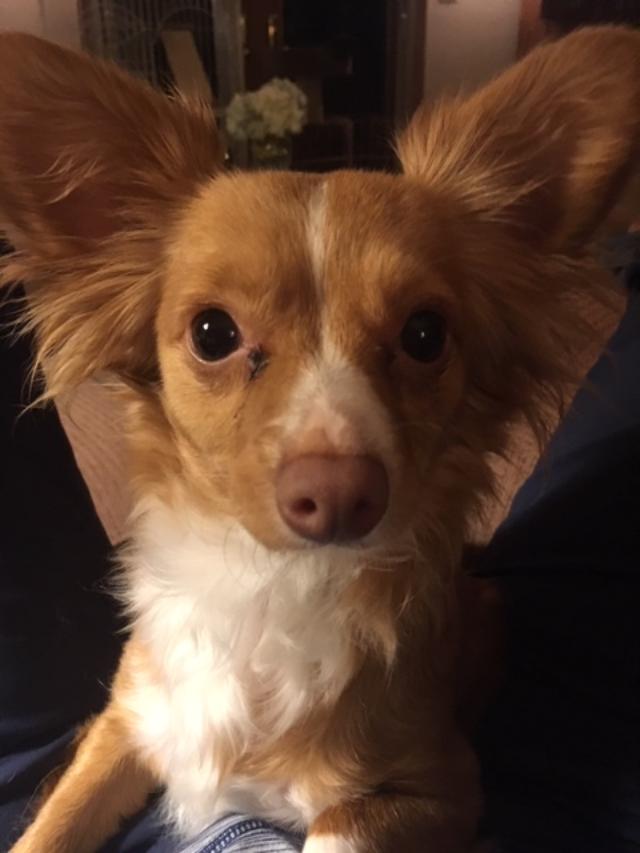 So Thursday morning I started my day cleaning up the aftermath of consumed corn litter. But that’s not all, folks! Lovely little Taffy was pee-pad trained before I adopted her. Although her profile stated she was house-trained, I wouldn’t exactly consider peeing on a pad inside the house as being house-trained, would you? Especially when said dog consistently misses the pee-pad. I know this because I step in it.

You see, I have a dog door and also leave the back door ajar to encourage Taffy to quickly slip outside to do her business. Still, she prefers to pee on a pad a mere foot from the open door. Go figure. She has multiple choices in the backyard to deposit her bodily functions…under the maple tree…behind the bench…next to the shed. Her choices are endless.

I suppose I can’t really blame Taffy for her bathroom habits since her profile stated she lived in a San Francisco apartment where her guardians were gone 10 hours a day. What’s a dog to do?

Regardless, Taffy is a character. When I’m in bed, she’s like an accessory around my neck. Her tiny little head sticks out from under the covers just inches from my face. She has to be touching me at all times. Not so grand when 7 of my 8 pets also plant themselves at my feet or alongside my legs or next to my arms or across my pillow. God forbid I attempt to roll over and disturb one of them. Savannah is the only one with the good sense to sleep alone.

But back to Taffy.

As you may already know, she fooled me into thinking she wasn’t a barker. But Wally showed her how, damn him. Today she frequently enjoys fence-fighting with my neighbor’s dogs (in that annoying, high-pitched Papillon-Chihuahua kind of way). Just lovely. That minuscule mutt is the loudest, seemingly fearless pooch in the whole bunch, often leading the charge to the fence.

When I foster kittens, Taffy spends hours at the gate that separates them, patiently waiting for a glimpse. They fascinate her. 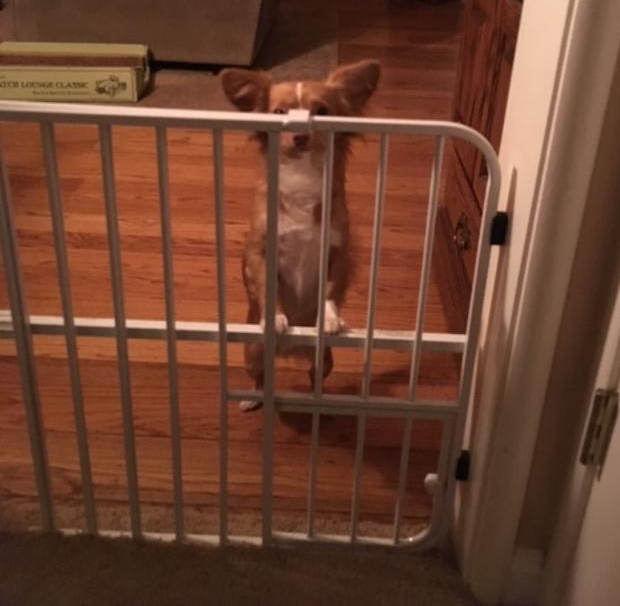 Taffy’s unique feature is her overbite, giving the appearance she’s smiling. Who knows? Maybe she is. And why not?

She always wakes up joyous, rolling onto her back, punching the air with her front paws while whimpering for pets. (Which, naturally, she always gets.) 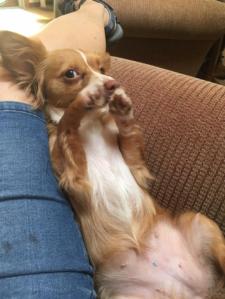 Once fully awake, Taffy entices Wally to wrestle with her until they tumble from bed.

They race each other downstairs for breakfast with the rest of the gang in tow. And yes, with Taffy barking excitedly, once again demonstrating she does in fact have vocal cords and uses them at every opportunity.

I mean really, what’s a dog to do? 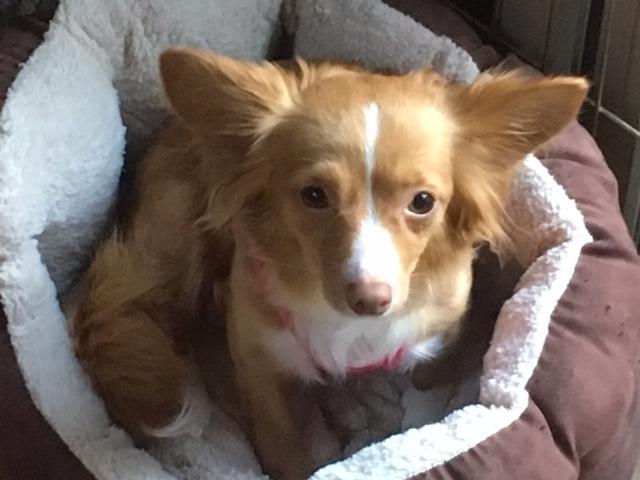 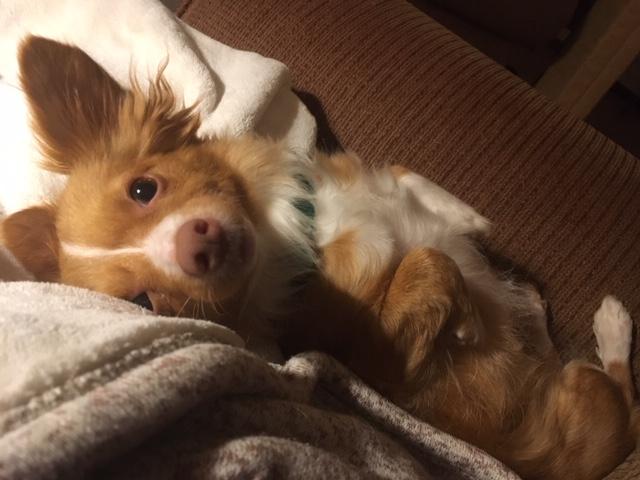 Yeah, yeah, we get it…you’re cute.