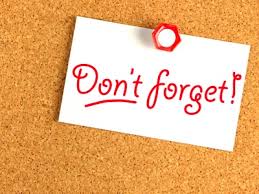 A couple weeks ago I divulged my innate ability to get lost (even with GPS). This week, why not tackle my skill at losing things? Things like my keys, my mind and my glasses. I thought I’d slip in the losing my mind reference without much notice, but seems you were paying attention.

My nickname in high school was Skippy because I was, well, a bit scattered and yes, forgetful. Still am. Friends even went so far as to choose that name as my personalized license plate. Motorists thought I loved peanut butter or had a passion for skipping. Little did they know.

I’ve been know to forget having met someone. Unbelievable, huh? Sometimes I don’t recall places I’ve supposedly visited. I’ve even watched an entire movie then realized, as the credits rolled, that I’d seen it before. I’ve always been this way, which in a sense gives me comfort. For instance, if I recently began losing and forgetting things, I’d be thinking Alzheimer’s Disease (AD) and actively planning my self-imposed exit. AD is on both sides of my family so I’m not a stranger to what may await. Let’s just say a nursing home is not featured in my final curtain call.

That reminds me, I’m all for legalizing euthanasia in California. I’d rather not have to jaunt up to Oregon to end it all. No offense to Oregon; it’s a perfectly fine state.

If I do have to take a one-way trip up north, Iet’s hope it’s during the yearly Shakespeare Festival in Ashland. I hear that’s something to see. But I’ll have to go with friends who can tolerate my continually asking, “Where are we again?” 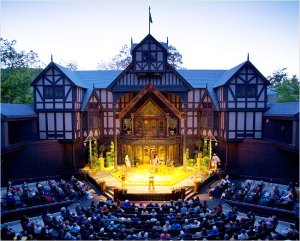 You may be horrified by my seemingly callous view of AD. But watching it take my grandmother, then my dad, changed my perspective a bit. So in Dad’s style, I make light of it because the alternative isn’t attractive to me. Now don’t get me wrong; I’m not saying everyone with AD should end it all. We each deal with a death sentence in our own way. Maybe I’ll get lucky and it will skip me. If not, why not take in a little Macbeth before I check out?

But back to me losing things…I’ve told you I buy reading glasses like I buy bread; just about on a weekly basis. Where they go is a mystery to me. Sometimes I even think I’ve lost something when I haven’t. On my last trip I thought I left my sunglasses at a hotel…had everyone looking for them. The next day I found them in my backpack where I’d already looked about 10 times. When I travel I ALWAYS misplace things. I blame it on living out of a suitcase. But none of my friends seem to have that issue.

I have multiple sets of car and house keys for obvious reasons. Sometimes I’ll even buy two of something in anticipation I’ll be losing one. I also lose my train of thought more than I care to admit. But I’ll admit it anyway. 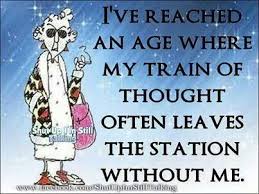 It’s a little disconcerting to walk into a room that I refuse to leave until I remember why I walked in there in the first place. You don’t want to know how long I sometimes stand there. 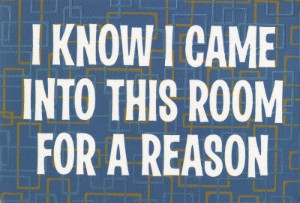 But let’s look at the bright side, shall we?

I have yet to lose my car; I remember how to get home and more importantly, that I HAVE a home; I remember my animals names, although I sometimes mix them up. But with 9 of the little buggers, who wouldn’t?

So you see, it’s not really so bad. As long as I don’t forget what I was saying, I’m good to go. I may, however, need to be reminded where it is I’m going. 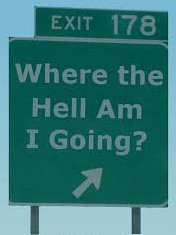 Previously posted in 2015. And so far I still know where I’m going (most of the time)…

3 thoughts on “Where Are We Again?”