So I’ve been in my fall purging state lately. Now don’t get me wrong; I’m not bulimic. I enjoy food too much, as my thighs will attest. Here I go digressing again, something I’m rather adept at. That’s because I’m scatterbrained. I admit that and I own it. It’s who I am. 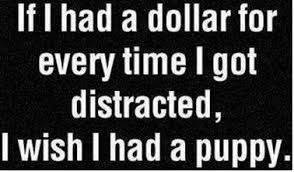 Anyway, back to purging. What I mean is I’m going through my garage and closets to rid myself of nonessential stuff I’ve accumulated over the years. That means I can discard pretty much everything I own. But instead I’m purging items I’m tired of in order to make room for more things I’ll tire of later.

I gathered up all sorts of kitchen items for my Godson’s new home and my friend Annette’s vacation riverfront home. I also gave loads of clothes to a Veteran’s charity. And that’s when my scatterbrainedness ( is that a word?) reared it’s unfocused head. During purging, I inadvertently gave the veterans my $650 orthotics that were apparently nestled inside my old tennis shoes.

Missing: custom-made orthotics useless to you unless you pronate. Last seen in a beat up pair of Prince tennis shoes.

Yes friends, being scatterbrained isn’t all fun and games. But fortunately my friends have accepted my inadequacies. As I mentioned in a past blog, they once ordered me a personalized license plate with the moniker  Skipys to represent my absentmindedness. Apparently some other sap received the one with correct spelling.

I do stupid things. Sometimes I look for my phone while I’m talking on it. I’ve been known to frustratingly search for my glasses only to realize they’re on top of my head. I can’t tell you how many times I’ve driven away only to have to turn around for something I forgot at home. I’ve missed exits on the freeway because I’m lost in thought. The list goes on…

A couple weeks ago I rented a 17 foot U-Haul to pick up 120 cases of wine donated to our nonprofit, Marin Friends of Ferals. I was preoccupied when I arrived at the warehouse, so I stepped out thinking I was in my much-closer-to-the-ground SUV and promptly took a 3-foot nose dive onto the parking lot. How I didn’t end up in traction is a mystery. But you see what I mean? Scatterbrained.

Well guess what? I get the last laugh. That’s because an article in TIME says, “It turns out that someone who’s disorganized, forgetful and seemingly lacking in the concentration department is actually a genius.” I will let this statement soak into you for a moment before you continue reading the words of a genius. Ready? Continue. 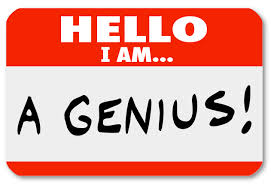 Apparently my brain is filled with a lot of different ideas that are bouncing around like kids on a trampoline. Practical matters are pushed aside because my brain is working at high capacity, thank you very much. The article said the more disorganized your brain is, the more brilliant, creative and smart you are, as well as being a better problem solver.

Don’t know about you but I’m down with that.

And here’s the best part: according to the article, when someone has had too much to drink, their brain is poised for breakthroughs because defenses are down and new ideas and solutions bubble forth. Pass the vodka please. 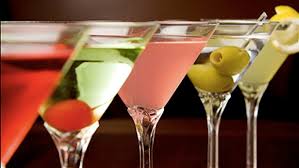 Well then, now that it’s been established I’m a genius, please excuse me while I pour myself a martini. It should provide the breakthrough I need to be the awesome problem solver I apparently am.

Yep, it’s only a matter of time now before I figure out how to find my missing orthotics. 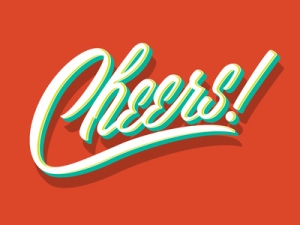