Last week I had occasion to visit the neighborhood where I grew up in Santa Venetia, also derogatorily known as Scabo. I’m not sure what that stands for but since it’s an ugly word, I’m guessing it wasn’t known as the most desirable place to live. But I beg to differ.

Kids don’t know they don’t live in a mansion. I certainly didn’t. We had 4 bedrooms that weren’t much bigger than some large walk-in closets and closets not much wider than a refrigerator. Now don’t get me wrong; I didn’t care one bit. I had what I needed and that was enough.

To me, our Doughboy Pool was the bomb (better known as groovy back then). Other neighborhood dads helped my dad install it. That’s how it was; neighbors helping neighbors. On summer afternoons, being in that pool or playing ping pong on the patio were my favorite places to be.

Even as a teen, still in the pool

After dinner, neighborhood friends met in front of my house to play under dim street lights until 10 p.m. when, like clockwork, moms or dads appeared on their porches to call their kids inside. “Just a little longer?” we’d plead. “No, it’s time to come in,” would invariably be the answer.

Block parties were common. Parents gathered together to eat and drink while we kids dashed about, playing one game after another. The Sunday before each Fourth of July, as my family returned from another day of boating on Lake Berryessa, my dad bought fireworks.

Before dark, the neighborhood kids sat in anticipation along the sidewalk. Finally, the dads lit fireworks while the moms gathered to talk, barely noticing the night sky bursting with color. 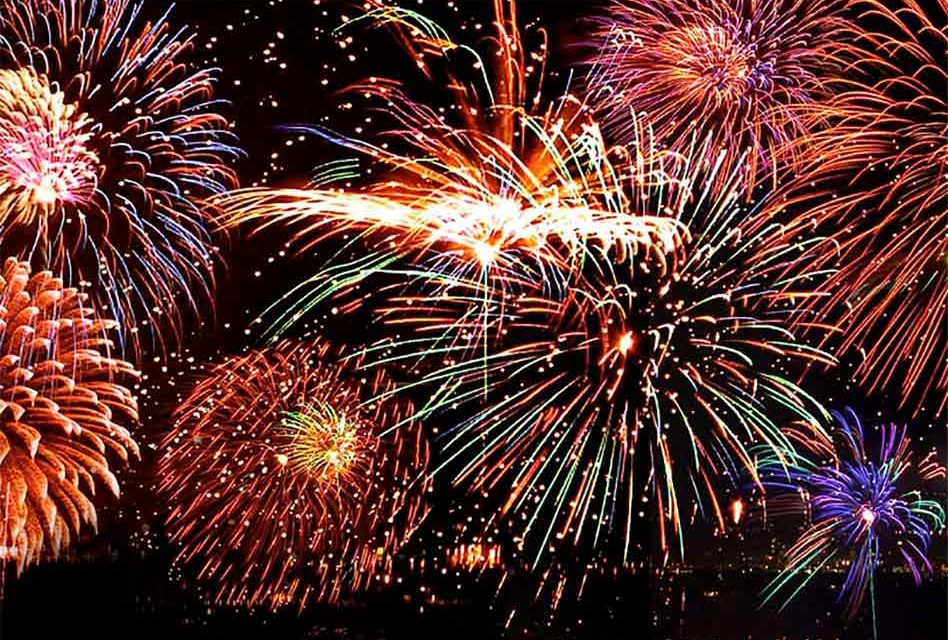 Not quite this spectacular, but we thought so

So as I drove down our old street, these memories came flooding back. Some of the same families still live there, the parents now in their 80s. Then, heading out of Santa Venetia, I passed my junior high, known back then as middle school. That, too, was a trip down memory lane. 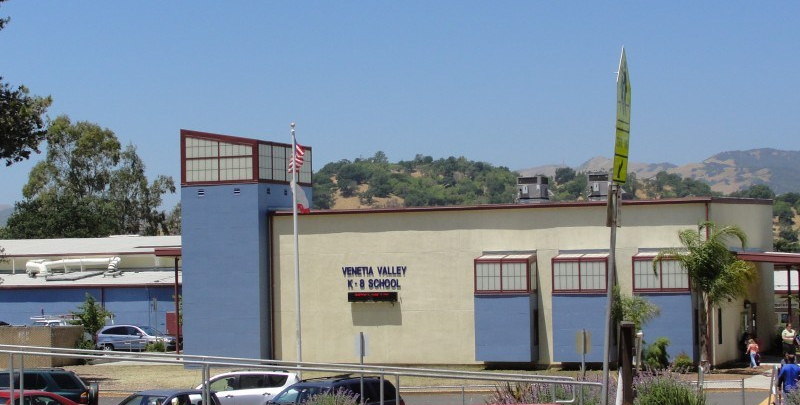 This is where I had my first boyfriend. Tim Callahan asked me to go steady, another term for let’s date. I said yes but only because my true crush, Mike McGinley, had a crush on Mary. Yes, my heart belonged to another, so a month later I broke up with Tim.

I also recalled Mr. Mejia, my Spanish teacher, who we girls considered a pervert because he tried looking up our skirts while we sat at our desks. Turns out he was trying to teach us a lesson to sit more “ladylike,” not with legs spread wide. At least that’s what he said when a group of us complained to the principal.

Apparently we didn’t sit like the gal on the left

I remember Mr. Elsey, a kind but goofy guy. One day he came to class with his zipper down. We girls giggled about that ad nauseam. But right in the middle of this, a butterfly landed on the corner of his glasses and he kept on teaching. Good old Mr. Elsey.

Santa Venetia Middle School was where I had my first slow dance. It was with Bruce Duncan to the Beatles, Hey Jude. This could possibly be the longest song in musical history. Or so it felt to a 13-year-old. (It’s actually over 7 minutes long!) But I was thrilled to be asked and the next day rumor had it Bruce and I were going steady.

Anyway, they say you can’t go home again. But I’m not so sure. Yes, our house and neighborhood look different now and my middle school has a new name. But what remains the same from my trip down memory lane is how I feel when I think of the people and the place where I grew up…the place I called home. 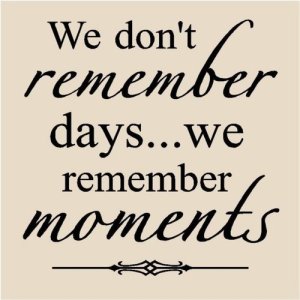 6 thoughts on “Down Memory Lane”