As you read this, I’m in Savannah, Georgia, hopefully sipping on a Mint Julep with my friend Sharon. But here’s a re-post I think you’ll enjoy. If you don’t, keep it to yourself!(Just kidding.) Be honest…I can take it.

Now don’t get me wrong; I’m not saying I need to find myself, like the popular phrase of the 70s. I’m talking about heritage, my family roots, that sort of thing.

You see, both my parents never knew their biological fathers. Both Mom and Dad were raised and eventually adopted by men their mothers later married; men I knew as my grandfathers. 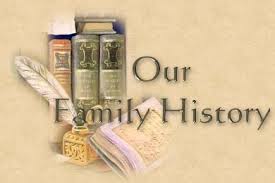 Here’s the sordid story: My mom’s mom – Grandma Helen – was Portuguese and born in Honolulu, Oahu. As a young woman, she was a maid to a very wealthy, well-known Portuguese family on the island. She and the family’s young son fell for each other and, as it turns out, my grandma became pregnant.  Back in 1930 that was an unconscionable sin. 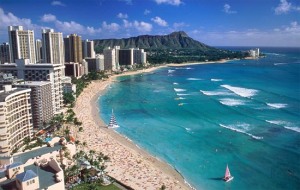 Consequently, the young man’s family fired my grandma and bought her a one-way plane ticket out of Oahu. See ya! It was all very hush, hush. No way would their rich young son marry a maid, someone without their social or monetary status. So my grandma found herself in California, pregnant and alone, where she eventually met the love of her life, Grandpa Ed. 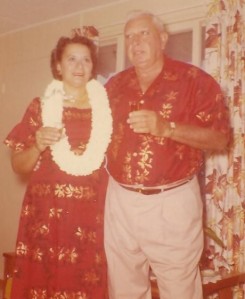 My mom never met her biological dad and, to her knowledge, he never looked for her. We’re not sure he even knew the sex of his baby. Can you imagine? I don’t know his name or anything about him except he was tall and thin with brown wavy hair and green eyes.

My dad’s mom – Nana Tyna – married my dad’s biological father because she wanted out of the family farm in Texas. Nana was always a free spirit. Being stuck on a farm, tending to pigs and harvesting watermelon, wasn’t the life she envisioned for herself. So as soon as she turned of age, she married the first suitor to come calling. 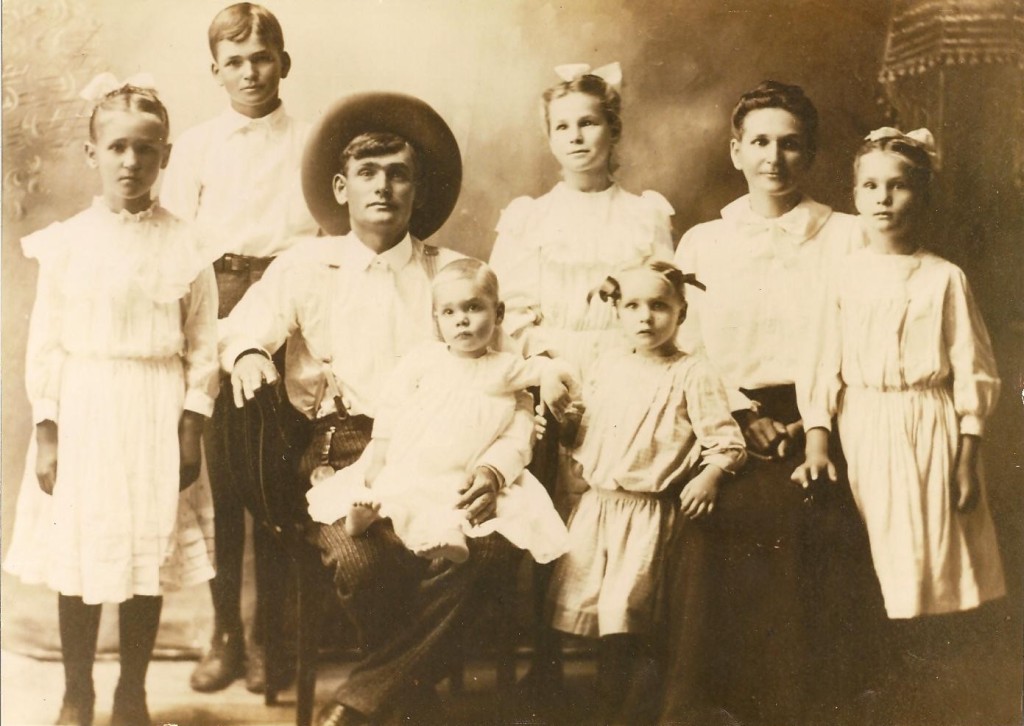 Nana (far right) and her family

That suitor was my dad’s biological dad. Nana later said she never truly loved him; apparently they had a rather tempestuous relationship. 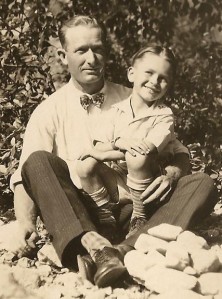 Dad and his biological father

When my dad was 5 or 6, Nana left her husband, taking my dad with her. But he found them, took my dad back, and disappeared. Nana eventually tracked them down and fled with my dad to California where she, like my grandma, met the love of her life and the man I knew as Grandpa Verne. 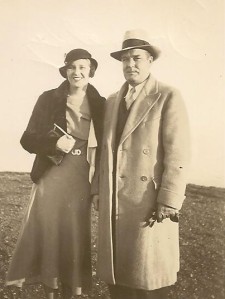 This all sounds like a fictional Movie of the Week, doesn’t it? Alas, it’s all true. They’re gone now, my parents and grandparents, but I still sometimes wonder what if…

What if I’d known my biological grandfathers? How would life be different? I suppose, if I really wanted to, I could play sleuth on Ancestry.com. Part of me wonders where they were born, what they did for a living and did they have other children – my aunts and uncles? 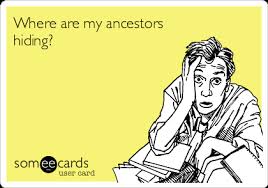 Because my mom’s biological dad’s family owned a lot of property in Oahu, I imagine I’d be filthy rich right about now had they accepted my grandmother into their clan. Had my Nana not left my dad’s biological father, I could have been born in Texas or maybe not at all.

Questions remain unanswered. I don’t know the nationality or medical history of both my biological grandfathers. That only concerns me because of possible hidden diseases their genes might harbor. I already have a pretty decent chance of acquiring Alzheimer’s, so learning I’m also carrying, say, the MS gene, wouldn’t exactly make my day.

The only thing I know for sure is that I’m half Portuguese. Not sure which half, but I’d say it’s the part with my mouth because we Portuguese can gab with the best of ‘um. But the rest is a big mystery and always will be, I suppose.

I doubt I’ll try to learn more and I’ll tell you why.

My grandfathers were not related to me by blood but Grandpa Ed was there on birthdays and holidays. He adored and took care of my grandmother; Grandpa Verne listened to me play Mary had a Little Lamb on their organ whenever I visited, and he always told me jokes while sitting at the kitchen table. 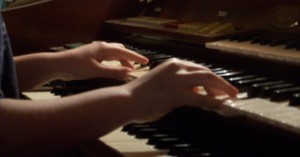 So no, in a sense, I don’t actually know who I am without those missing links. And you know what? I’m okay with that. My parents may not have been born to the dad’s who raised them, but those men were no less their fathers than my dad was to me.

After all, family is made from so much more than DNA. 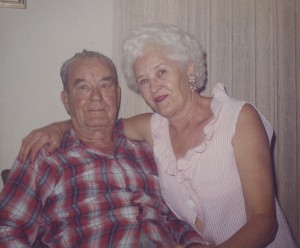 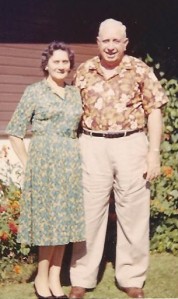