Since I’m still in a vacation coma, having returned early this morning, here’s an encore post from 2013. Seems apropos since it’s about Sharon, whom I just vacationed with. Hope you enjoy it!

The game of softball will always be special to me because that’s where I first came to know Sharon. Even though we grew up on the same street, it took years for us to connect.

As a tomboy, I lived to play baseball in the streets of our suburban home in Marin County. The boys and I dodged parked cars as we ran for fly balls; the manhole cover in front of the Brodnik’s house was our permanent second base.

I played with most of the kids on our block, except Sharon. She was the epitome of femininity so I thought we had absolutely nothing in common. I never saw her out playing ball, instead assumed she preferred her Easy Bake Oven.

The queen, front and center!

Eventually, we both went to the same high school but had our own friends.

We couldn’t have been much different. Sharon was homecoming queen; I was on the basketball team. She knew just about everyone, and they her; I had only a small group of friends. She was pretty and outgoing; I was shy and still trying to find my niche – or discover if I even had one. We took the same bus to and from school, but never sat together.

When I was 20 and Sharon 18, we happened to join the same softball team. This surprised me. I couldn’t imagine her catching a ball, let alone being decent at it. But as we got to know each other, something else shocked me; I discovered I actually liked her a lot.

Sharon is an upbeat, fun and adventurous person. She’s one of those rare great listeners and genuinely cherishes and nurtures her friendships. This is probably why she has more friends than Lance Armstrong has enemies.

After the game celebration

Our softball team stayed together for 10 years, during which time Sharon and I became inseparable friends. My first apartment was with her; we were roommates for four years. I have photo albums loaded with memories of all our carefree, young and single days. We’ve traveled together from Hawaii to the Caribbean and have never exchanged a harsh word. I think that’s amazing.

Sharon was Maid of Honor at my wedding, and I at hers. We married guys from our high school, both named Jim.

When we struggled with infertility, she included me in the most glorious of moments – the birth of her children. I videotaped their daughter Caitlin coming into the world and saw my godson Martin take his first breath.

Then, a few years ago Sharon moved away – to Texas of all places. Now don’t get me wrong; I have nothing against Texas. It’s just not a short jaunt away. It’s hot, flat and, well…not here.

We joked that Sharon would start wearing “big hair” and they’d all have accents when we visited. But inside I was devastated. Who would I troll the Harvest Festival with each Christmas for completely worthless crafts we couldn’t live without? Who would I share my vanilla latte with at Deaf Dog Café? Who would I call for spur-of-the-moment trips? 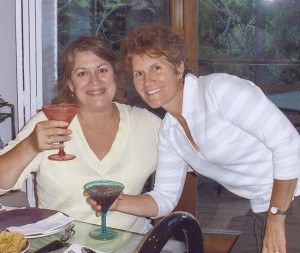 A toast to friendship

We had a going-away party for Sharon, Jim and the kids. It was packed. I attended in a daze, my emotions more fragile than usual. I remember during that period even getting misty-eyed at those sappy commercials where the daughter leaves home for college. I was pitiful. 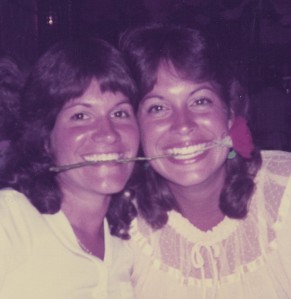 In Mexico – too much tequila

To be honest, I wasn’t sure my friendship with Sharon could survive a separation of a few thousand miles (1,979 to be precise). But, just as I was incorrect in my judgment of Sharon all those years ago, so was that hunch.

After all, we’re more than simply friends; we’re each other’s family-by-choice.

It’s astonishing to me how a seemingly innocent event, like joining a softball team, can bring two people together for a lifetime. But when I look back at it now, it seems everything was in place for us to meet and become lifelong friends. We just didn’t recognize it at the time.

Not until the day we both joined a softball team. 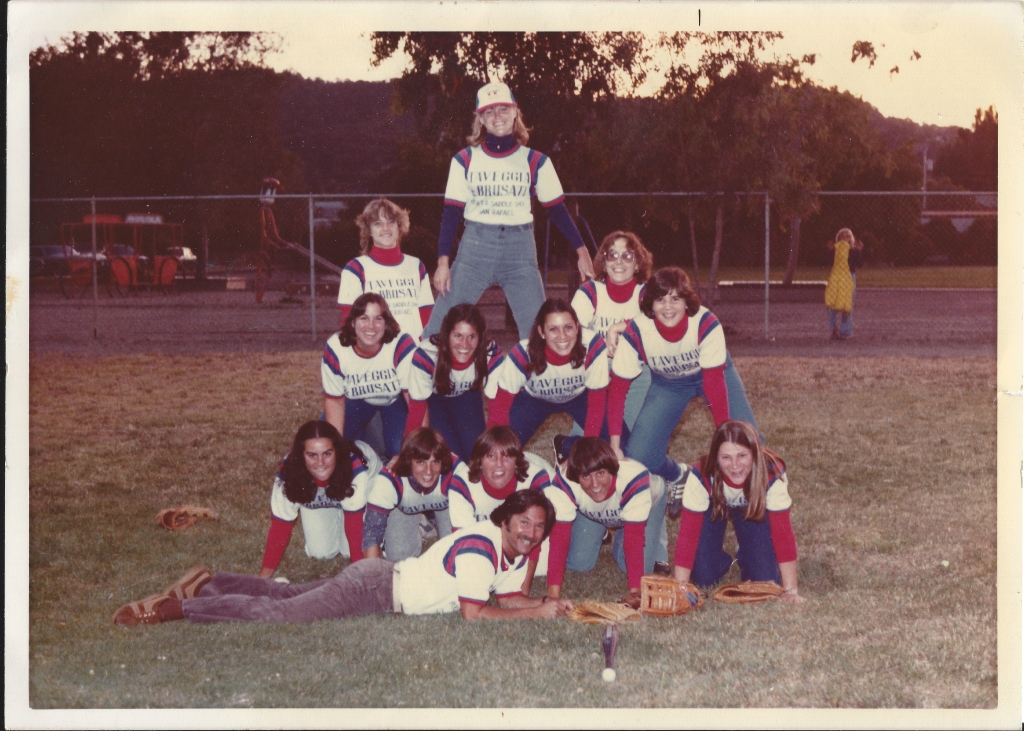 Last week I learned Sharon and Jim are moving to Australia for 2 years. Not to worry. It’s been on my bucket list to visit so now I have no excuse. Besides, what’s 9,165 miles between friends?

One thought on “An Unlikely Friendship”