One of my besties, Sue, was born in July, 12 days after me. Being slightly younger, this is something she reminds me of each year. Since I’ve known her for 48 years, that’s a lot of reminding, don’t you think? Anyway, we’re both about to be 64, so as the more mature one, I let the youngster tease me. You see, Sue likes to laugh and since it’s on my Favorite Things To Do list, we get along quite well.

To celebrate being one year closer to collecting Social Security, becoming a member of AARP, and taking an interest in commercials promising to disguise age spots, we decided to treat each other to dinner in the city and see the musical, Beautiful. I arranged for us to have dinner at my tennis friend’s restaurant, Hayes Street Grille, and also found some nice seats in the orchestra section at Golden Gate Theater.

Because I’m directionally challenged, I used the Waze app to find a parking garage between the restaurant and the theater so we could park, then walk to both. Oh, and I also drove us there. I’m sure you’re wondering what Sue did. I can answer that…NOTHING, that’s what. Not a damn thing. But hey, as her elder I’m used to taking care of her, you know?

Now don’t get me wrong; as usual, we shared a few laughs during the evening, especially when we realized we both brought identical gray and black coats. We were dressed like twins, only she’s a tall blond and I’m a short brunette (most days). So as not to appear that we coordinated our outfits, the tall blond carried her coat while walking to the restaurant even though it was chilly out. Youngsters. What can you do? 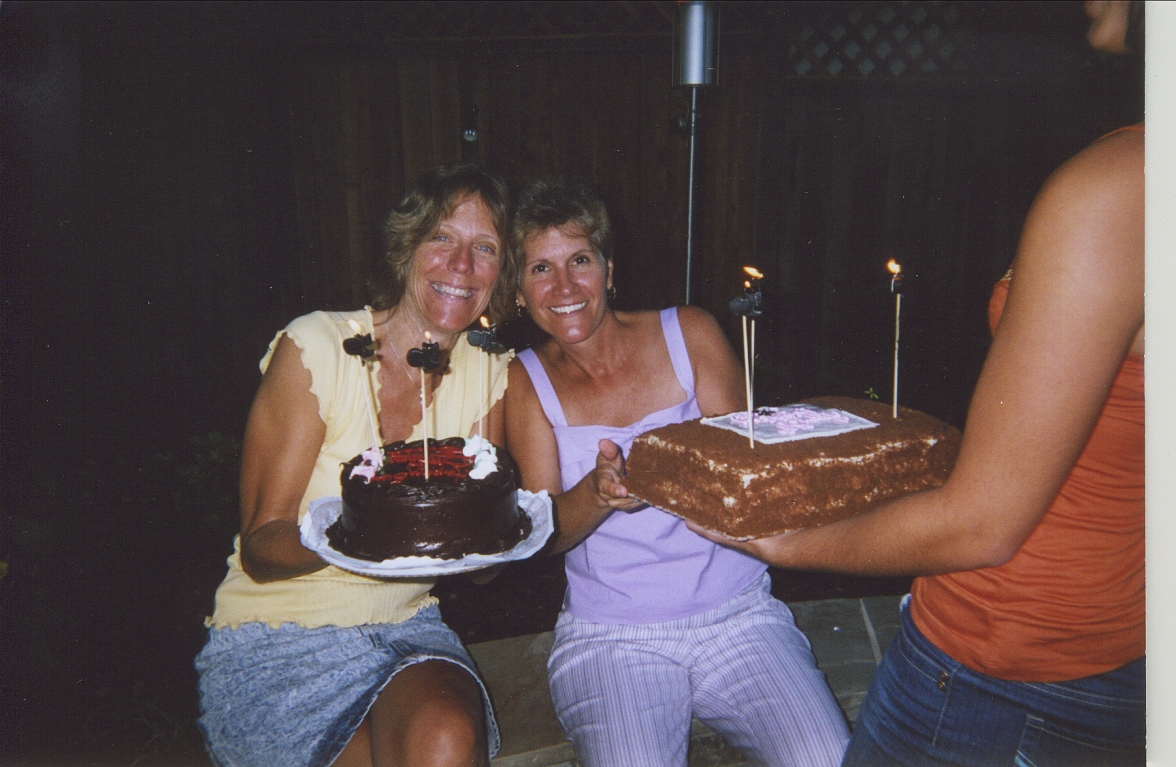 Along the walk, I realized I’d made a crucial error using Waze to determine how long it would take to get to the restaurant from the parking garage. The app said 8 minutes. Unfortunately, it calculates time of arrival via a vehicle (try saying that fast 3 times). For this I blame Sue since nobody should ever leave me in charge of directions. Or apps.

Consequently, it took us 4 times as long to get to the restaurant so we were late for our reservation. Sue had a good laugh over that one. Me, not so much since I’d stupidly worn open-toed shoes. By the second block I had a raging blister on my big toe. By the 6th block, 3 more blisters joined the party. And by the time we reached the restaurant, my dogs were, as they say, barking.

After dinner, the walk to the venue was nearly pleasant thanks to our sweet waiter who loaded me up with Band-aids. We took our seats at the theater, then the couple who sat in front of us arrived. If you know my history at theaters, the tallest man in the row always sits in front of me. Never fails. As you probably guessed, that streak continues.

After the musical, while walking to the car, Sue finally wore her coat. At the parking garage, we saw a couple staring at us. My guess is they were vacationers to San Francisco and we were their first encounter with what they thought was a gay couple. Seriously, they couldn’t take their eyes off us. So we played it up.

Wonder what they would have thought of our impromptu “wedding?” Too bad Sue’s husband missed it.

Sitting in the car before leaving the garage, we tried numerous times to take a selfie while cozying up to each other, but we laughed so hard we couldn’t get a good one, nor could we stop laughing. Tears of black mascara rolled down Sue’s cheeks, her eyes swollen red.

Finally, an inebriated woman (waiting with friends for their car) approached and said, “Oh, for Christ’s sake, let me take the damn photo.” “Oh, thank you,” we said in unison, as twins often do. Just then their car arrived. The woman suddenly yelled, “Gotta Go!,” and quickly left, whereupon Sue and I both burst into laughter again.

Guess you had to be there. 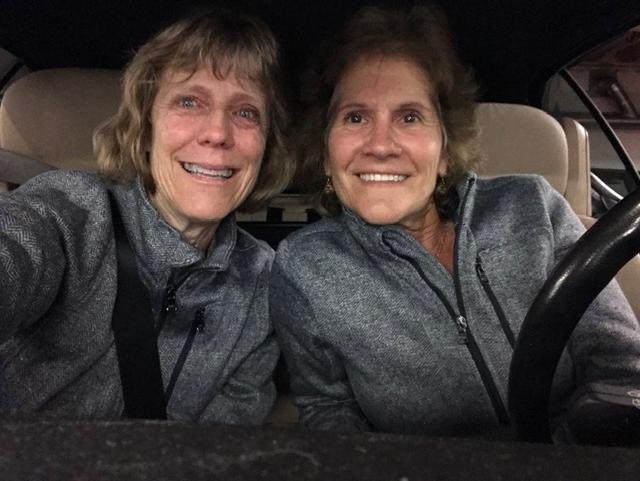 She’s going to kill me over this photo